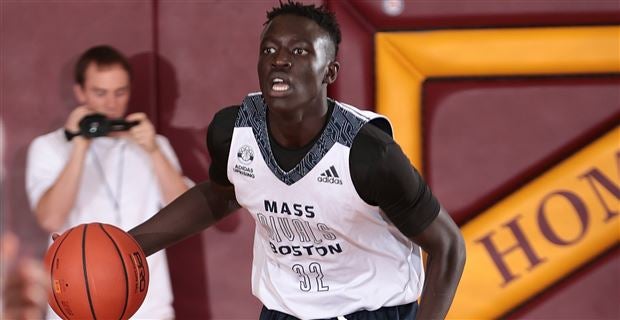 What are you doing tonight? I know I mentioned it earlier, but don’t bother watching the replay of “Ballers.” It sucked. If you love high school basketball and consider yourself something of a scout, you should watch the adidas Nations games on ESPNU starting at 7 p.m. ET. Eleven players with offers from Kentucky will be playing in the two games.

At 7 p.m. ET, Team Lillard, featuring Gary Trent Jr. (2017), Xavier Tillman (2017), Jason LeDee (2018) will take on Team Africa, featuring Wenyen Gabriel. Gabriel is one of the hottest players on the circuit right now, and in turn, picked up an offer from John Calipari on July 26. He’s been on fire in the adidas Nations event so far.

So, watch that and then report back here tomorrow morning with a complete scouting report, okay?

Until then, enjoy Wenyen Gabriel showing out in front of Cal and others in Vegas last weekend:

1 Comment for 11 UK targets are playing on ESPNU tonight