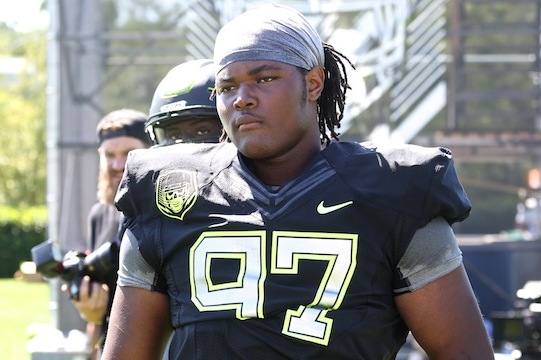 What if I told you the number one recruit in the country wants to visit Kentucky? You’d say, “Sure, Tyler, that’s just another Friday morning for John Calipari,” but this time around, it’s football. While recapping his visits to LSU and Georgia, 5-star defensive tackle Rashan Gary, the consensus number one player in the 2016 class, told Scout’s Brian Dohn that he wants to visit Kentucky. Seriously.

“Looking ahead, I spoke to him about what schools has he not seen but he wants to get to, the two he mentioned: Kentucky and USC,” Dohn said.

Crazy enough, according to his offer sheet — which is riddled with every major program you can think of — Kentucky hasn’t even offered Gary a scholarship, but I doubt Mark Stoops, Vince Marrow, and Jimmy Brumbaugh would mind if Gary came by for a visit. The odds he’d end up committing to Kentucky may be low, but hosting the number one recruit in the country is never bad press for an up-and-coming program like ours.