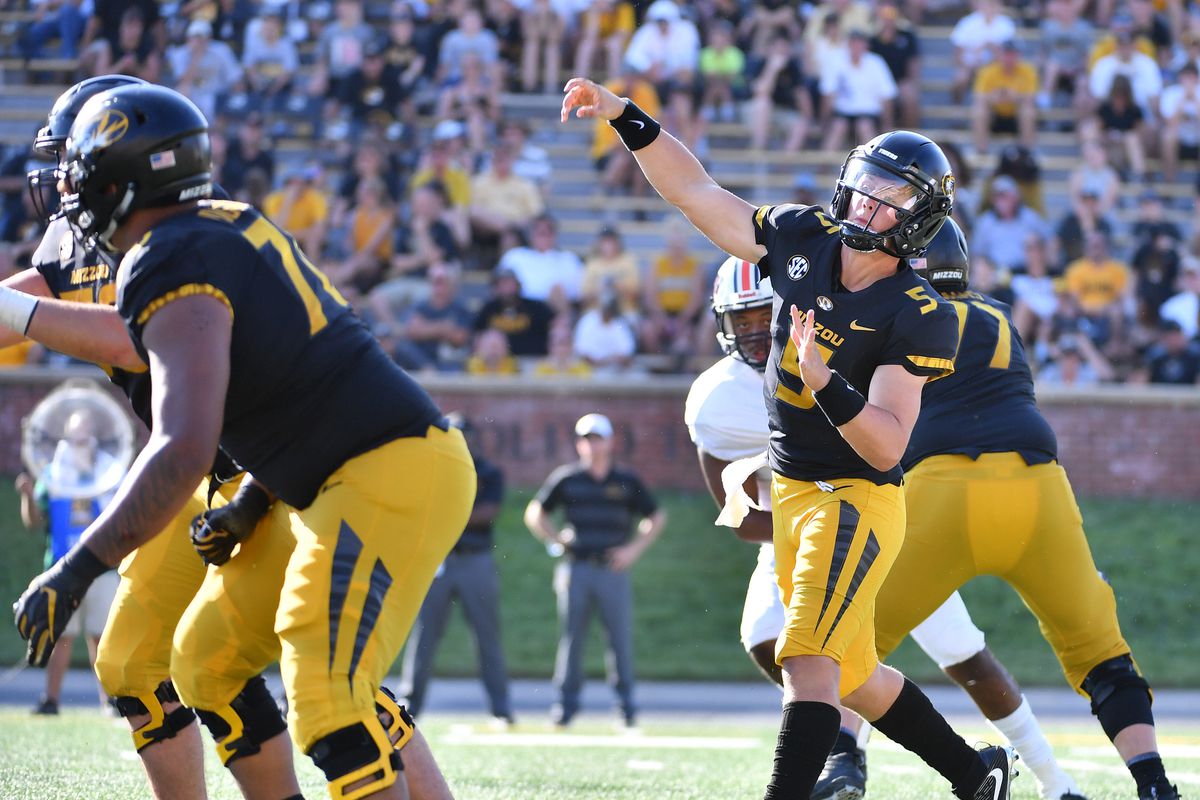 Saturday Kentucky will seek to go 7-1 against Missouri to remain atop the SEC East standings.  While many fans are focused on the November 3 matchup with Georgia at Kroger Field, Mark Stoops will not let his team look past the Tigers.

“I think you’d have to be a moron to not realize the threat you’re going to go up against with Missouri. They’re a very good football team, who I have a lot of respect for, and I really think Barry (Odom) has done a great job,” Stoops said at yesterday’s press conference.

Missouri is 0-3 in SEC play.  It’s an objectively bad record, but two losses were to Georgia and Alabama.  The other happened in a monsoon at South Carolina.

“They play hard, they play tough, they’re motivated and they’re hungry. That’s a very good football team and so it should not be hard to have all our attention with everybody within our building,” Stoops said.

Averaging 38.6 points per game, Missouri has the SEC’s No. 3 scoring offense.  Led by quarterback Drew Lock, the senior is Mel Kiper’s No. 2 quarterback prospect in the 2019 NFL Draft.

“He sees the field, gets rid of the ball so quick, has such a strong arm,” Stoops said. “He’s a very good football player.”

Last year the Tigers scored 34 points, 20 in the second half, at Kroger Field.  Offensive coordinator Josh Heupel was replaced by former Tennessee head coach Derek Dooley.  Stoops does not see significant differences in Missouri’s offense, although his attention is directed more toward their running game, not Lock’s passing attack.

“You better be very, very conscious of their running game because they put a lot of pressure on you with their running game and their backs are very, very talented and that sets up their RPO game and gives them some space to throw the football. So, I felt that way a year ago and I certainly feel that way right now, that they’re more physical than people give them credit for.

“They’re really talented and run the ball and it puts a lot of pressure on your secondary. And once again you’ve heard me talk about that many times when you’re defending somebody if they have balance it puts a lot of stress on you because you have to play with numbers in the running game, which gives them opportunity for big plays in the pass game. They have the ability with the quarterback and the talent that he has, and the speed that they have, to put a lot of pressure on you.”

If Georgia beats Florida this Saturday, Kentucky could still win the East if they fall this Saturday in Columbia.  The Cats would have to defeat Georgia and Tennessee to wrap up SEC play.  Even so, the Cats aren’t sleeping on what the Tigers will bring to the table.