When the Kentucky football team received rings celebrating their TaxSlayer Bowl appearance and Governor’s Cup victory, plenty of people picked up their torches and pitchforks.  Criticism came from all directions, including Kentucky fans, but it’s not the most ridiculous college football ring from the 2016 season.

Mullet man Mike Gundy guided the Oklahoma State Cowboys to an Alama Bowl victory.  We can all agree, they deserve a ring for their bowl win.  It’s what’s on the side of the rings that makes them abnormal. 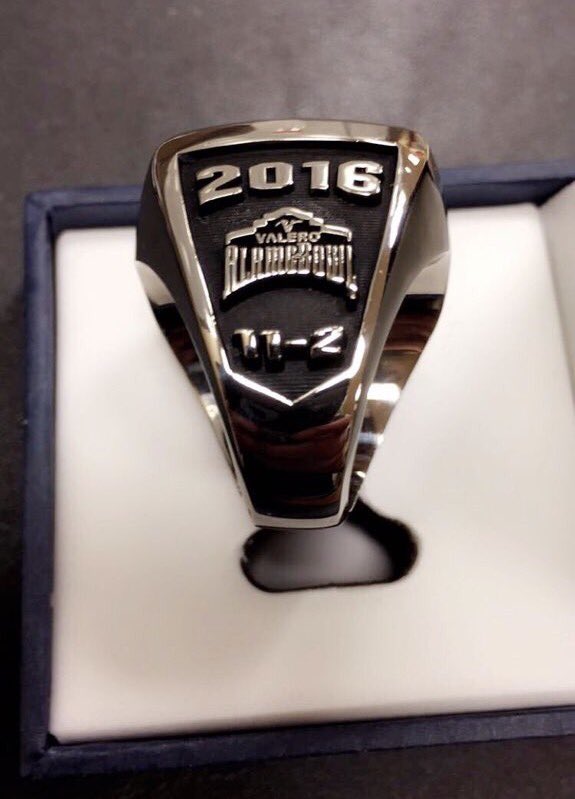 Even though they were wrongfully handed a loss by the officials, Oklahoma State still got embarrassed by an unbelievable Hail Mary.  If I was wearing the ring, the edited record would only remind me of that painful loss every time I wore it.  It’s silly to change the ring, but I can’t hate on anybody’s athletic ring because I wish I had one.

“They hate us, cause they ain’t us.” – Mike Gundy, probably.