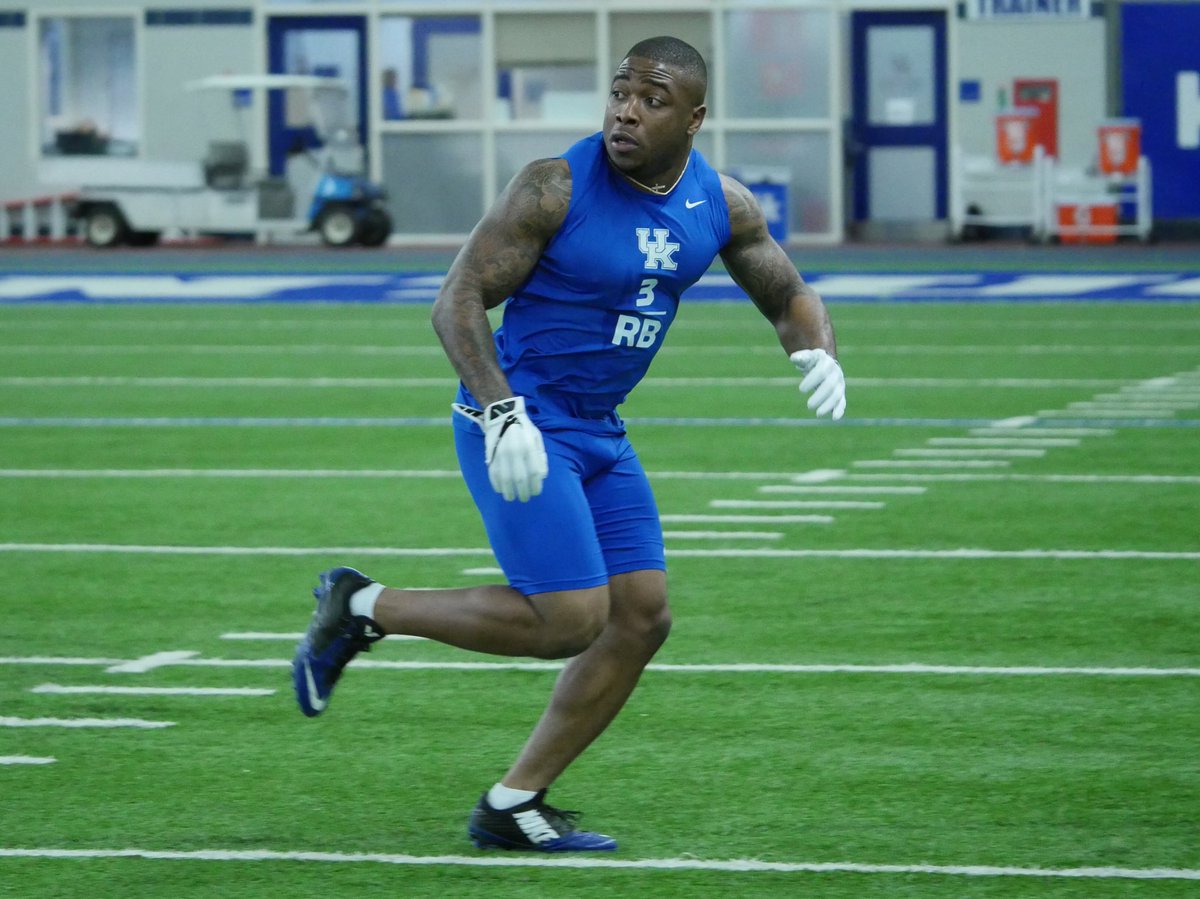 Entering Kentucky’s 2017 Pro Day, all eyes were on Boom Williams, but today’s biggest winners are a few players not expected to be drafted in April.

Williams was a Top 10 running back at the combine, but his 4.4 40-yard dash time was disqualified.  Unfortunately, that number did not improve today.  In Boom’s two attempts he ran an unofficial 4.53 and a 4.54.  Numbers aside, Boom’s agility in the position drills was clear, displaying excellent footwork and change of direction.

The biggest winners of the day were JD Harmon, Marcus McWilson and Blake McClain.  Kentucky’s experienced stars in the secondary made money, proving to scouts they can make an impact on special teams with elite athleticism.  All three clocked unofficial 4.47 40-yard dashes and displayed excellent agility in the shuttle drills.

The KSR unofficial clock has JD Harmon at 4.41 on this 40 pic.twitter.com/gjWAjppNGV

Jojo Kemp and Ryan Timmons also performed well in the 40.  Timmons clocked a 4.48 and Kemp a 4.54.  In the position drills, they didn’t drop passes, especially valuable for Kemp who proved he can be a steady presence in the backfield.  Mark Stoops told the media he believes there’s a spot for Kemp at the next level.

Two familiar faces also returned for UK’s Pro Day.  Maxwell Smith ran drills and threw to the wide receivers.  Former UK defensive end Jason Hatcher was also at the facility.  He’s been working out with the team recently but he could not participate in pro day.  The NFL restricts players from drills based on distance from their hometown, and Lexington was outside of the NFL’s restricted area.

Of all the drills, the most impressive part of pro day came from an unlikely player: tight end Tanner Fink.  Fink bench pressed 225 pounds 31 times.

2 Comments for What Went Down at UK’s Pro Day