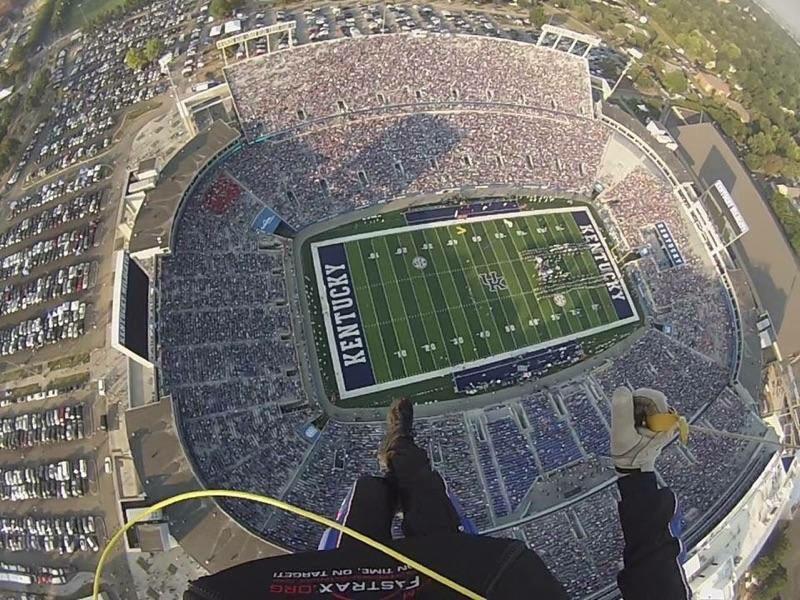 Ever wondered what it’s like to parachute into Commonwealth Stadium? This photo from one of the Golden Knights parachutists before the Louisiana-Lafayette game will give you a pretty good idea.

That’s a long way down.

Matt and I jumped with the Golden Knights on my birthday a couple years ago and it was awesome. They really know what they’re doing and they do it a lot. The guy I was paired with had just landed at a Yankees game, the Statue of Liberty and a D-Day ceremony in France. I felt bad that he followed those up with me. Oh well. Hell of a time.

A reader pointed out it was the Fastrax parachute team landing in Commonwealth. The original release from UK said it would be the Golden Knights, so I just assumed that’s who we saw. Either way, really cool photo.

32 Comments for What it’s like to parachute into Commonwealth