Many of you gave me grief for reporting Eddie Gran’s period joke at the UK Women’s Football Clinic last Saturday, but man, Gran looks like Rosie the Riveter when compared to the staff at Texas A&M. Yesterday, Texas A&M held “Chalk Talk For Women,” their equivalent of a women’s football clinic, and included was a reimagining of the “Aggie War Hymn,” which essentially told the attendees to get back in the kitchen and make them a sandwich (no, really, I’m shocked those weren’t actual lyrics):

We are Aggie women
We are filled with estrogen
Hullabaloo, canek, canek, and back again

We are Aggie women & this is our song
Come on… bring it on… no more thong
Hullabaloo, caneck, caneck., and so on…

If that wasn’t bad enough, check out these slides from the blocking drill demo, via @AnwarRichardson: 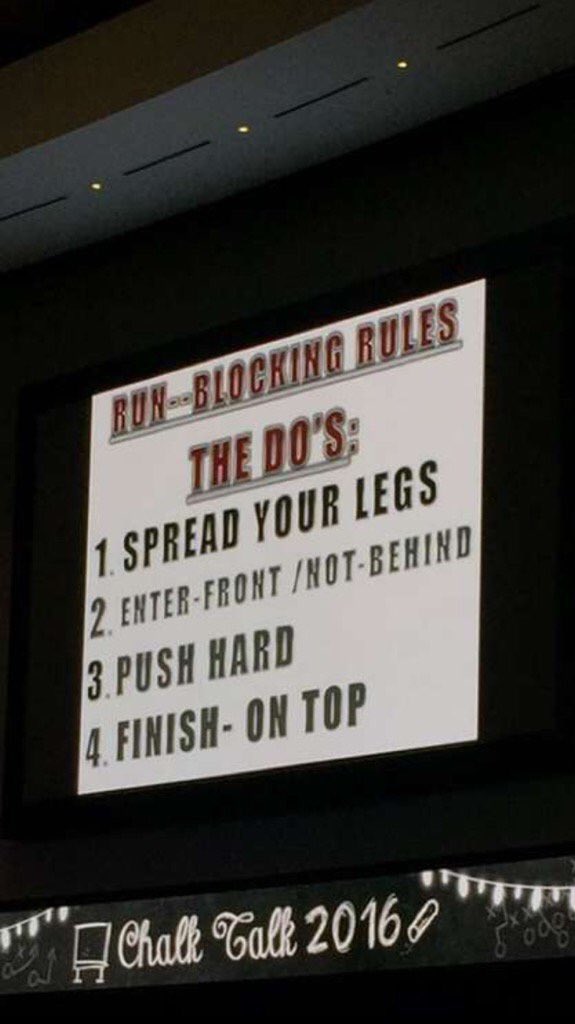 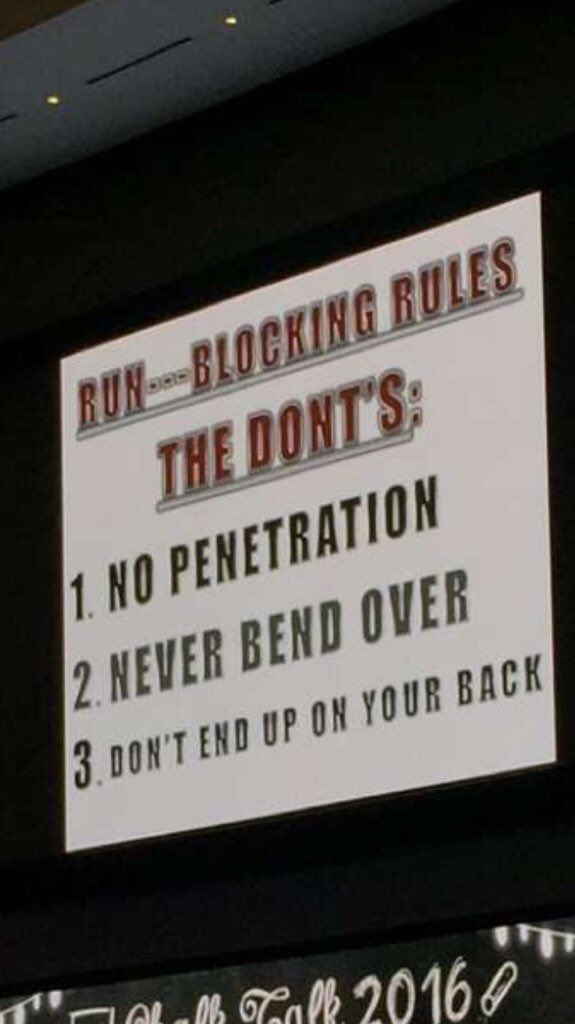 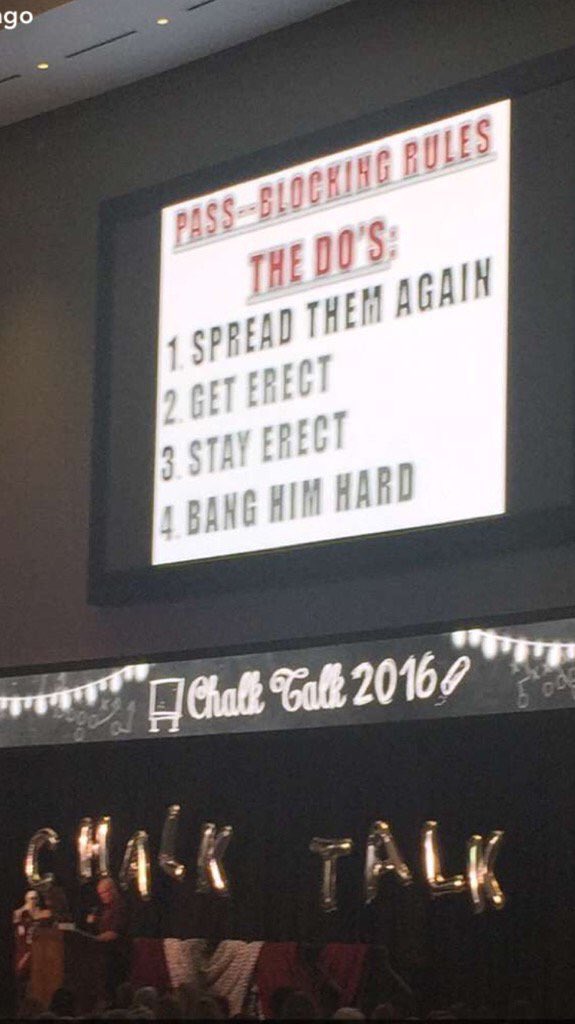 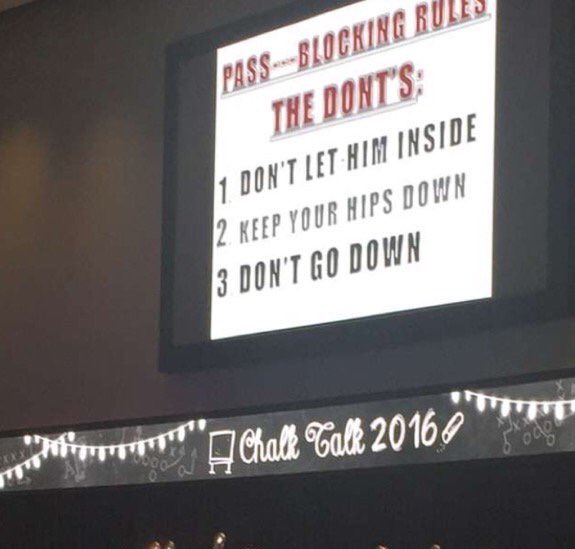 UPDATE: ESPN is reporting two Texas A&M coaches have been suspended for their role in the slide show.

16 Comments for Well, the Texas A&M Women’s Football Clinic sure was sexist