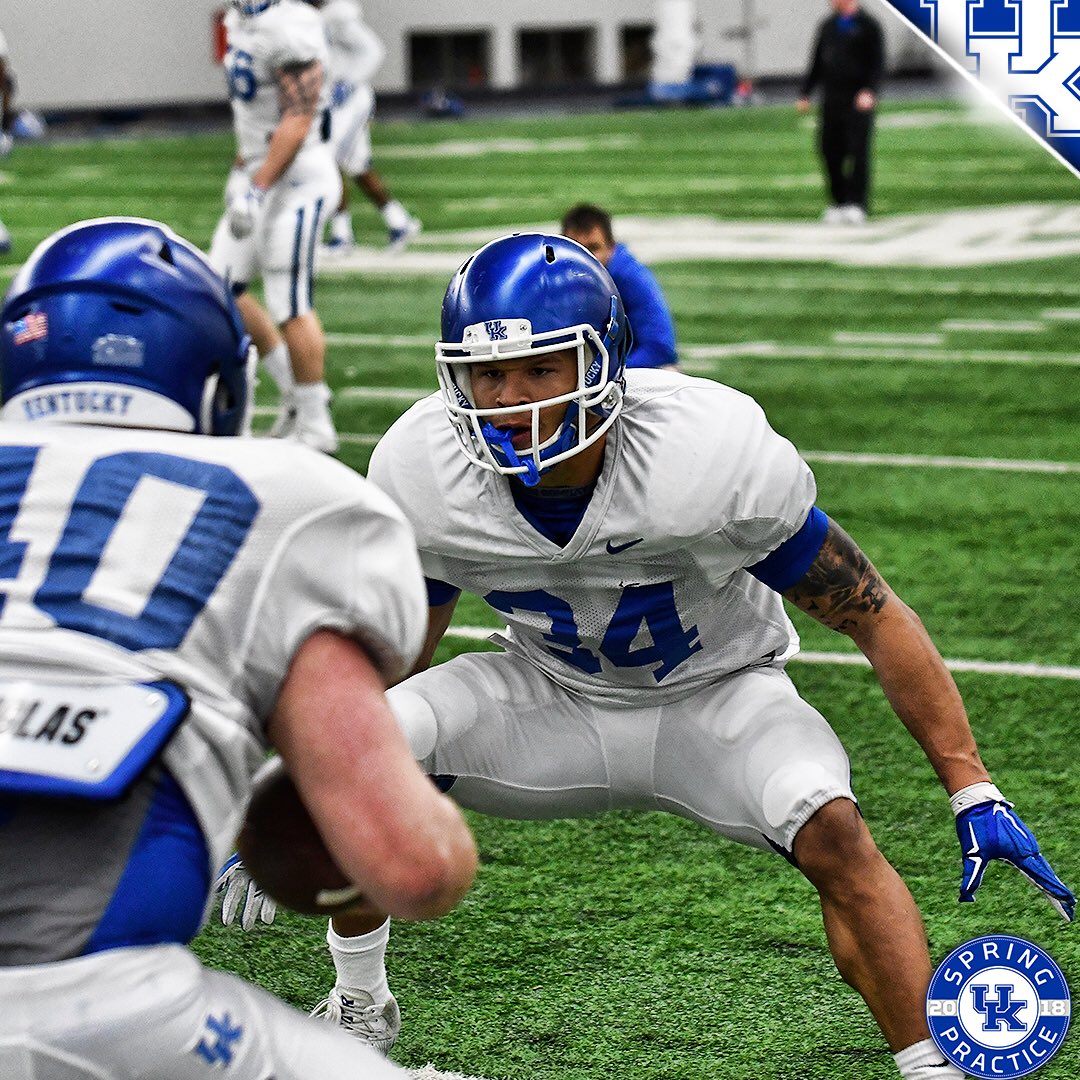 Kentucky’s first live scrimmage of the spring season did not go according to plan.

As the rain fell outside, the Cats were forced inside.  The Nutter Indoor Practice Field is fine, but it’s not large enough. Unable to operate in a normal game-like setting, the scrimmage became a situational exercise after an hour of practice.  With player safety in mind, they went THUD, a.k.a. wrap up but don’t tackle all the way to the ground.

Stuck inside, Kentucky did not have a clean day of execution in closed quarters.  “It certainly wasn’t very smooth today,” Stoops said.  “That’s for sure.”

Kentucky’s three quarterbacks were fine.  Nothing too terrible, but nothing great.  As expected, the offense struggled to get going.

“We were sloppy offensively.  That was the first time we were in a game-like situation and we were sloppy.  We need to get that cleaned up,” but Stoops did note, “You expect that when you have some experience coming back defensively.”

While the offense struggled, the defense excelled.  Stoops was happy to see Chris Westry bounce back after a bad play to make an interception that ended the abbreviated scrimmage.

Today was not the first scrimmage Stoops hoped for, but he still liked what he saw in their first week back from Spring Break. “They were really attentive.  They worked hard. They were up early every morning.  They’ve been on point at weight-lighting sessions, meetings, good practices, so I appreciate them and their effort.”