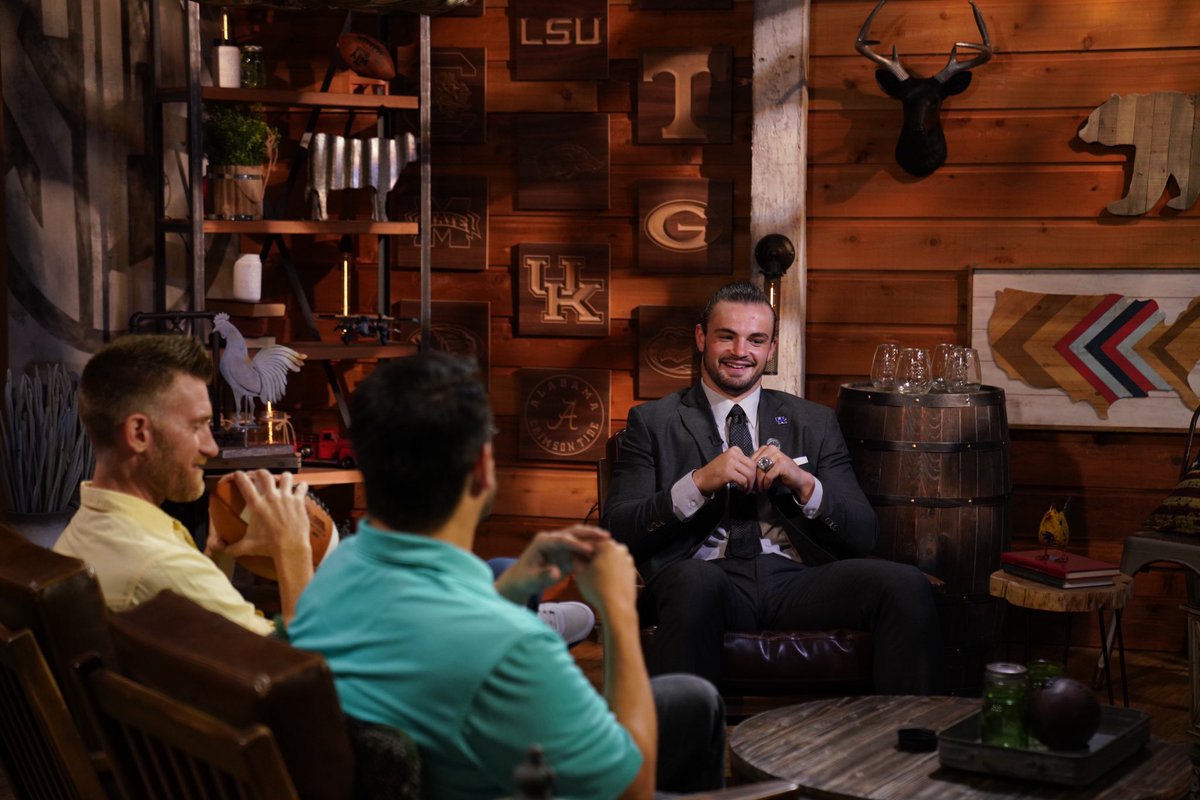 The SEC Network spotlight will be on Kash Daniel Tuesday night.

Kentucky’s star middle linebacker will be a featured guest on Marty & McGee: Talkin’ Season. If you don’t know Marty Smith from his SportsCenter hits or Ryan McGee for his longform articles on ESPN.com, you might have heard Matt Jones filling in on their Saturday morning ESPN Radio show.

At SEC Media Days the two set up a studio in Hoover to film interviews for a weekly show that leads into the 2019 football season. If you’ve never seen it, it’s the perfect show for Kash Daniel. The two talk to the Pride of Paintsville about football, fishing and Stone Cold Steve Austin. A little preview of what you’ll see beginning at 7:00 p.m. ET:

Who wants to be added to the @KashDaniel15 and @steveaustinBSR group text?

If you can’t get to a television tonight or forgot to set your DVR, the program re-airs at 5:00 and 6:00 a.m. Tuesday morning.