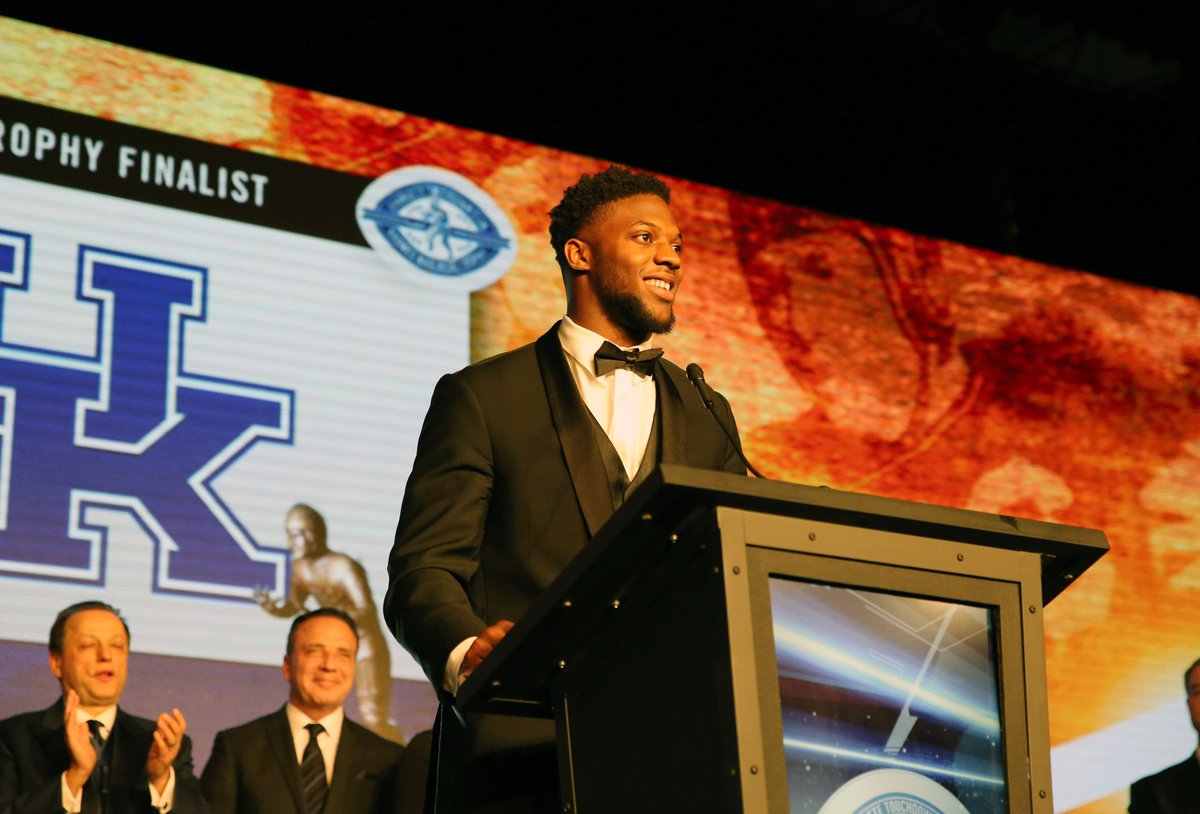 Unfortunately, the Big Blue Nation could not see Allen accept the National Defensive Player of the Year Honor.  Thanks to KyWildcatsTV, now you can.

However, you will get a chance to see Allen win more hardware this Thursday.  The Walter Camp Player of the Year will be announced on the 6:00 pm edition of SportsCenter before the College Football Awards Show begins at 7:00 pm on ESPN.

1 Comment for WATCH: Go Behind the Scenes as Josh Allen Accepts the Nagurski Trophy