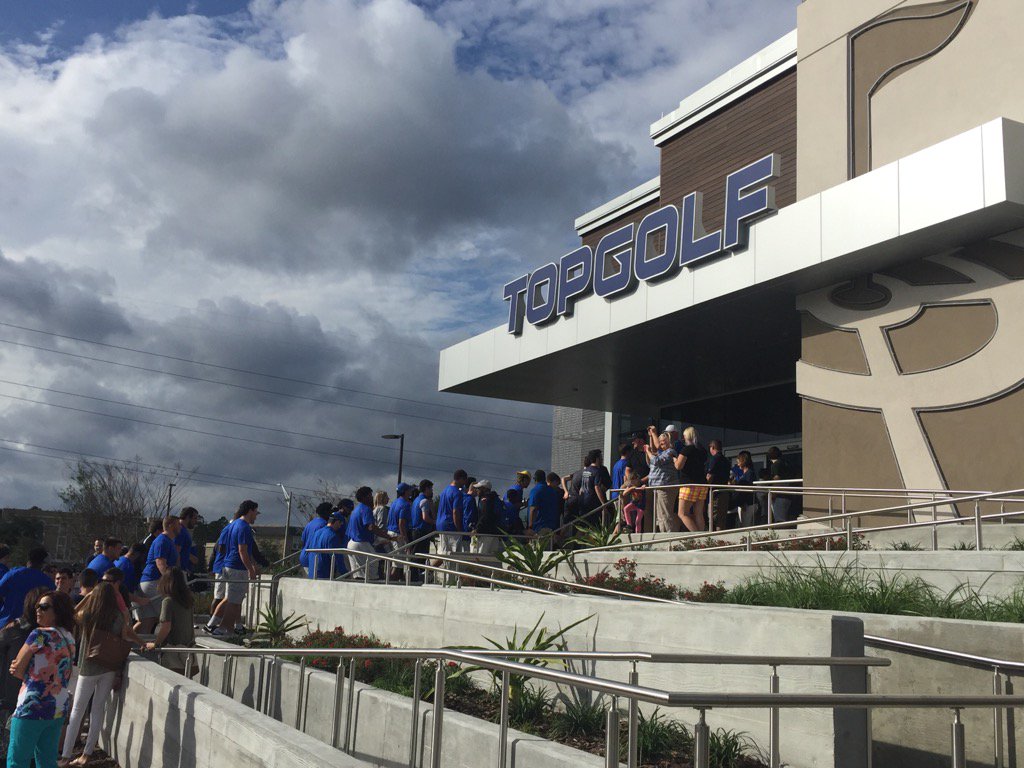 Today’s TaxSlayer Bowl team outing is at Top Golf.  Before the event I thought, “this is going to be boring.”  I thought wrong.

Watching elite athletes swing a golf club terribly might be my new favorite thing.  They can run fast and jump high, but once a golf club hits their hands, coordination is reduced to an infantile state.

Jojo Kemp, Boom Williams, Derrick Baity and Jordan Jones are some of the best athletes this program has ever seen.  It took them all multiple swings just to make contact.  Here’s the good and the ugly (there’s simply no in between).

After all of the smack talk between Derrick Baity and Stephen Johnson about being the best golfer, I think we have a winner… pic.twitter.com/m1mM7Ef4Az

Mike Edwards with the efficient swing, not much power but right down the middle. pic.twitter.com/66jgjJdysn

Jordan Jones is a beast between the lines. In the tee box….not so much. pic.twitter.com/bAsTlsgfOb

Few things are more entertaining than watching Jojo Kemp swing a golf club. With some help, he finally made contact. pic.twitter.com/NLFkn3N1yb