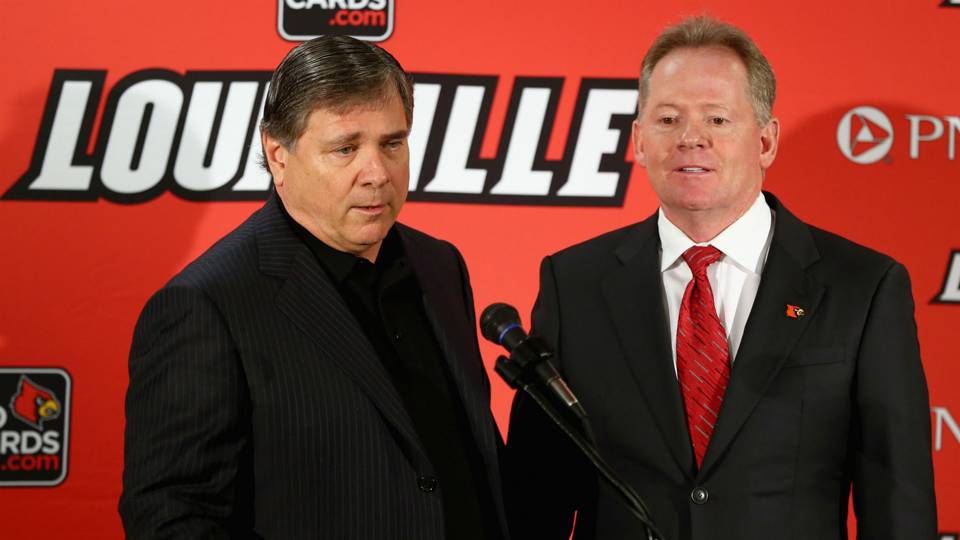 On ESPN’s Mike and Mike this morning, Wake Forest head coach Dave Clawson shed some light on the #WakeyLeaks scandal, and the impact it made on his team’s performance against Louisville. As you know by now, Wake Forest mole Tommy Elrod and UofL OC Lonnie Galloway talked before their game back in November, where Elrod gave private information on the Demon Deacons’ game plan.

“When we arrived for our game against Louisville in early November, our equipment staff had found materials on our sideline the Friday when setting up the locker room,” Clawson said. “You’re not allowed to get there until a certain time, the assumption being they’re going through their walk-through. And our equipment people found cards laying right on our sideline and didn’t think much of it.”

At first, the assumption was that the cards contained just very basic football knowledge, things most teams execute on a weekly basis. After flipping through and taking a closer look, Wake Forest OC Warren Ruggiero believed the content was a little more than “basic.”

“There was very, very detailed information there. Formations that we had never run, alignments, even some of it was some empty sets that we had never run before, but some of it was even sets we had run but we had flipped personnel,” Clawson said. Louisville is an excellent football team, and it was a game that we felt, in order to score points, we had to have some wrinkles in. And all of those wrinkles were right in front of us. And at that point, we knew we had been compromised.”

When reports initially came out, Louisville AD Tom Jurich said, “Among the communication were a few plays that were sent and then shared with our defensive staff. None of the special plays were run during the course of the game. Our defense regularly prepares for similar formations every week in their normal game plan.”

According to Clawson, however, Wake was unable to use their special plays because they knew the Cards would know how to stop them. “A lot of those things we had prepared, we couldn’t run, because we knew they had it. And after the game, our players were upset. They wanted to know why we worked on all these things and not, why we practiced them all week and didn’t use them. They felt we had not given them the best opportunity to win the game.”

This afternoon, Jurich announced Lonnie Galloway would be suspended for the Citrus Bowl against LSU, saying “The right and ethical thing would have been for us to not accept the information. I regret very much that this took place.”

In other words, “I regret we got caught,” and “I’m suspending just one of many guys involved as a consolation prize.”

This thing is about to get a whole lot uglier…

7 Comments for Wake Forest HC Dave Clawson on UofL: “A lot of those things we had prepared, we couldn’t run, because we knew they had it.”