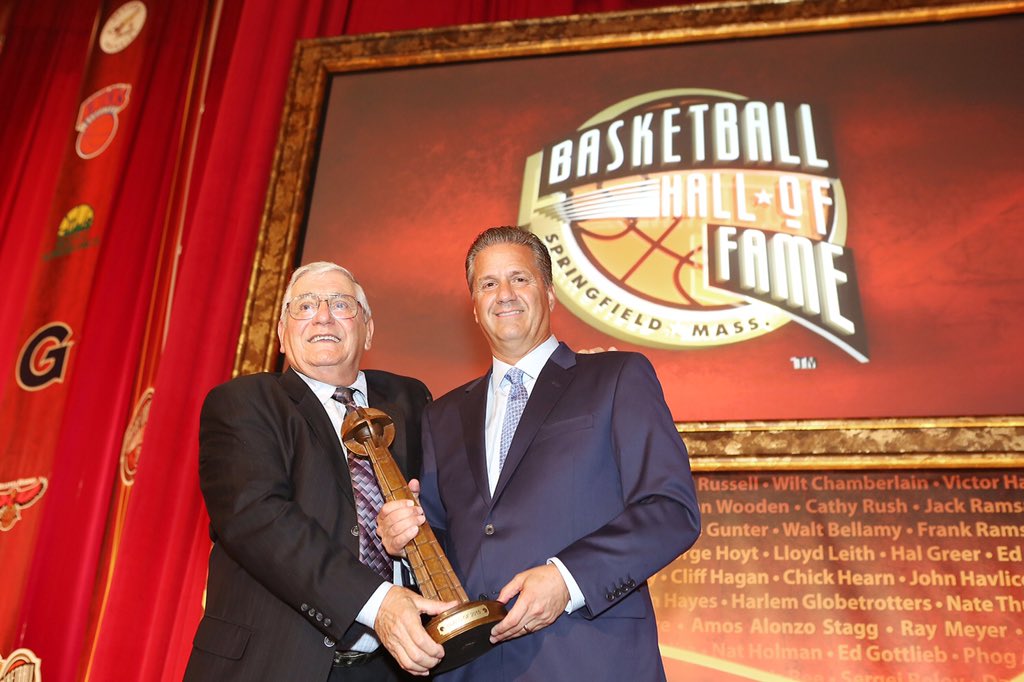 Good morning, friends. I come to you this morning bearing a cup of tea and asking for a little help. Today, Vince Calipari, Coach Cal’s father, will have bypass surgery and could use your thoughts and prayers. After covering the program just for a few years, I have a lot of great memories of Vince, who has been a fixture in every postgame locker room celebration. I’ll never forget seeing him ice his knee after the thrilling Wichita State win in 2014, as captured by Sam Malone:

One of the best parts of Calipari’s Hall of Fame induction was seeing how proud and happy Vince was of his son. So, before you start your workday, send some positive vibes to Papa Calipari and his family. You got this, Vince.

Let’s go over the news of the day, shall we?

We’ll hear from Mark Stoops one last time before Saturday

Stoops will address the media after today’s practice. On yesterday’s SEC Coaches Teleconference, he told reporters about the team meeting held on Monday night, which he hopes will help them move forward from an embarrassing loss. Towles told reporters Tuesday evening that players were held accountable for complacent play and as a whole, the team is doing their best to avoid the go-to-pieces that happened last season. Yesterday, the team practiced in the stadium to help them get ready for Saturday night’s showdown. Speaking of, do you have your black outfit picked out yet?

Papa Brooks is coming to the game

The world’s most interesting retiree is already in Lexington for Saturday night’s game, sending out this tweet last night:

I ventured over to a Tennessee message board…

…which was probably my first mistake, right? Well, after a surprising performance against Alabama, the Vols are all fired up and expecting to march in to Lexington and have their way with Kentucky. I think a lot of UK fans expect the same, but man, they’re cocky. Also, the seven-page thread entitled “Make Fun of Kentucky” is exactly what you’d expect: generic pictures of hillbillies and the occasional Morgan Newton self sack GIF. I can’t argue against the latter (it is hilariously terrible), but can all of us Appalachian states give up on making fun of each other? There are areas in Tennessee, West Virginia, and yes, Kentucky, that are all really poor and redneck. I’ll add Mississippi in there too. What’s the point of the pot calling the cast-iron skillet black?

The Breeder’s Cup is almost upon us

Living in Nashville, I’ve haven’t noticed, but apparently Lexington is all aflutter. When I get to town this weekend, I’m sure I’ll feel the excitement, or at least, the traffic. KSR’s pulling double duty this weekend to cover the UK/Tennessee game and the Breeder’s Cup, so expect plenty of coverage over the next few days, including a detailed post with things you need to know this afternoon.

Here’s a roundup of how they did:

We’ll have some highlights on the site for you in just a little bit. Here’s a Devin Booker dunk to tide you over:

UK got a shoutout from the Surgeon General yesterday 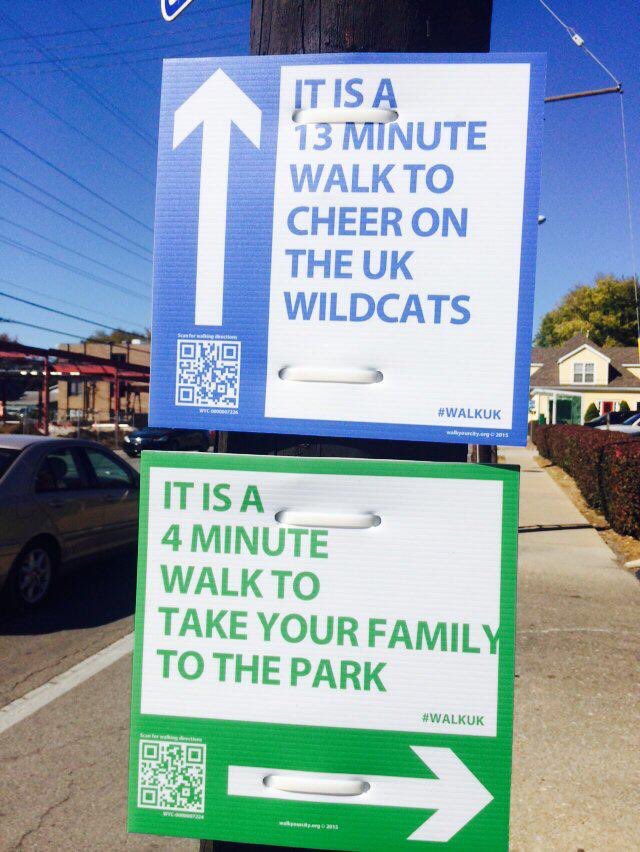 If you live in Lexington, you may have noticed some of these signs around campus. The #WalkUK campaign encourages people to get off their butts and pound the pavement instead of driving. Surgeon General Vivek Murthy (or his staff) noticed the campaign on Twitter and gave UK a shoutout:

Looking good, UK! I may not be a Wildcat but I can admit you're showing us how to #StepItUp in time for bball season https://t.co/ryFiGr2Y4d

Most of you are probably already scrolling, but it’s cool to me, mainly because I have a friend who works in the Surgeon General’s office and this is pretty much the only time our careers will ever intersect. In fact, I texted my friend to thank her for the shoutout, which started some friendly rivalry banter between her and a social media fellow that’s a UNC fan. Don’t worry; the surgeon general is on Kentucky’s side, at least if Sudeshna has anything to do with it.

Hey Suds, and chance we can get Murthy to a game in Rupp this year?

Have you listened to the KSR Football Podcast yet?

With Drew and I occupied with Blue/White Game coverage, Nick, Freddie, and Jared held down the fort and broke down UK’s loss to Mississippi State and what it means for the rest of the season. They also talked about Nick’s experience in Starkville and how the awfulness followed him home. Hopefully his week has taken a turn for the better since then. Subscribe to “Kentucky Sports Radio” on iTunes, or you can LISTEN HERE.