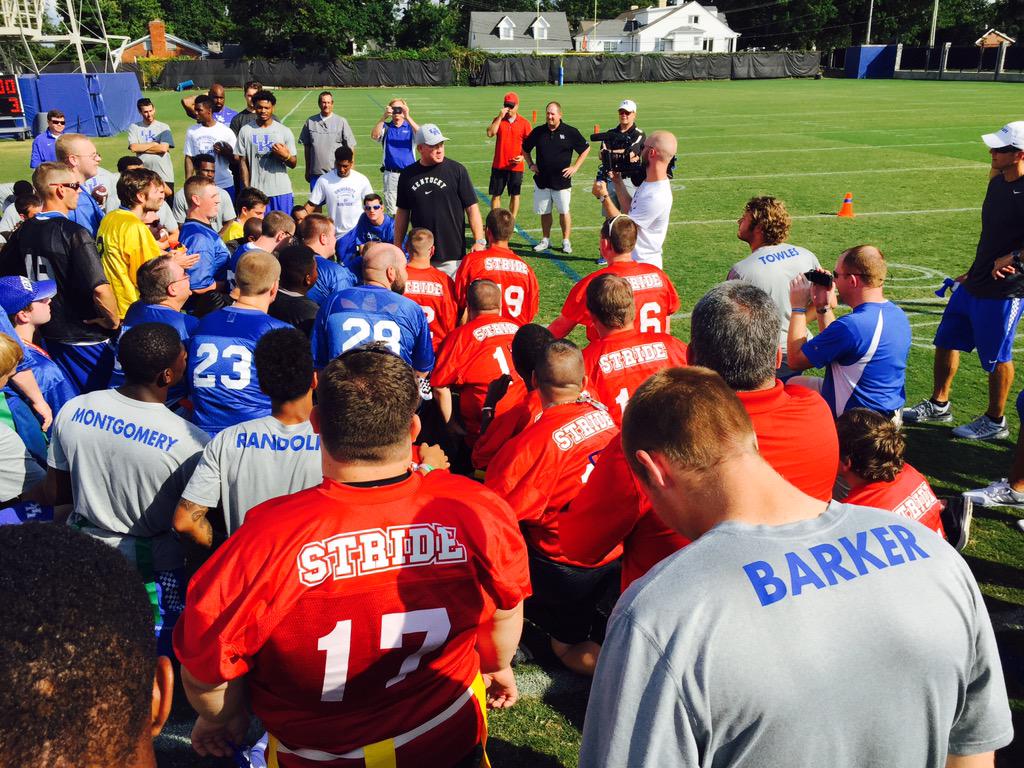 Today, the Kentucky football team invited participants from Special Olympics Kentucky to come hang out at practice. It was such an awesome experience for everyone involved. The participants had a great time, and the team demonstrated all of the leadership qualities we’ve come to expect from #BBN.  Before we get into quotes from the day, allow me to share some of the smiles from practice. 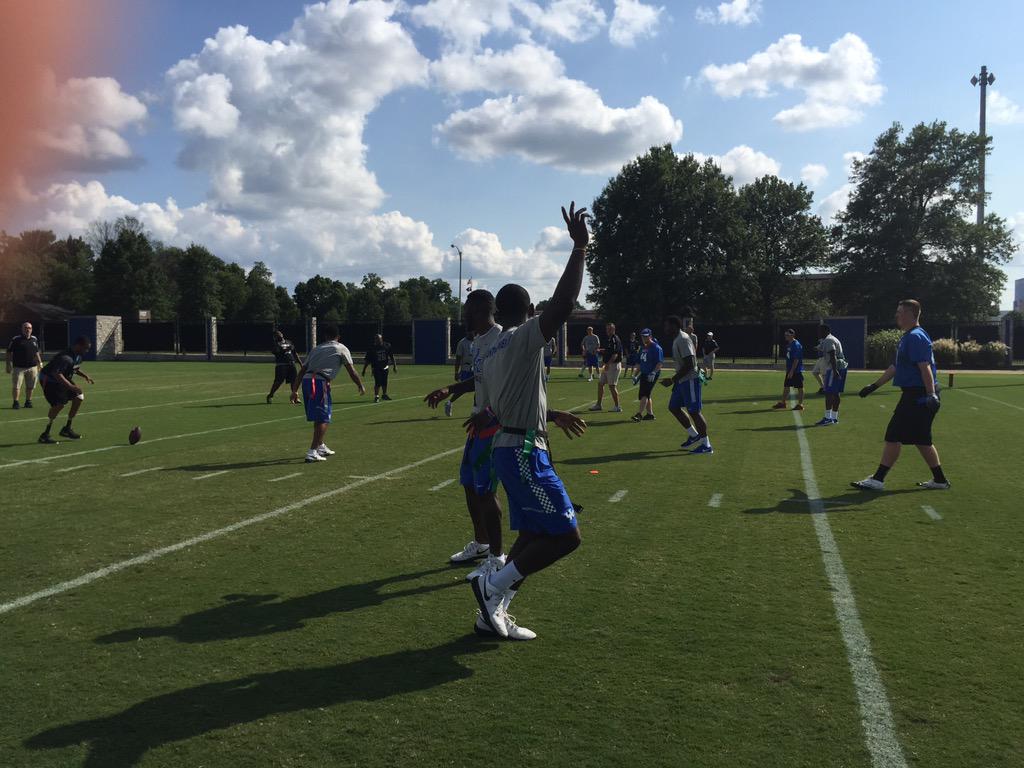 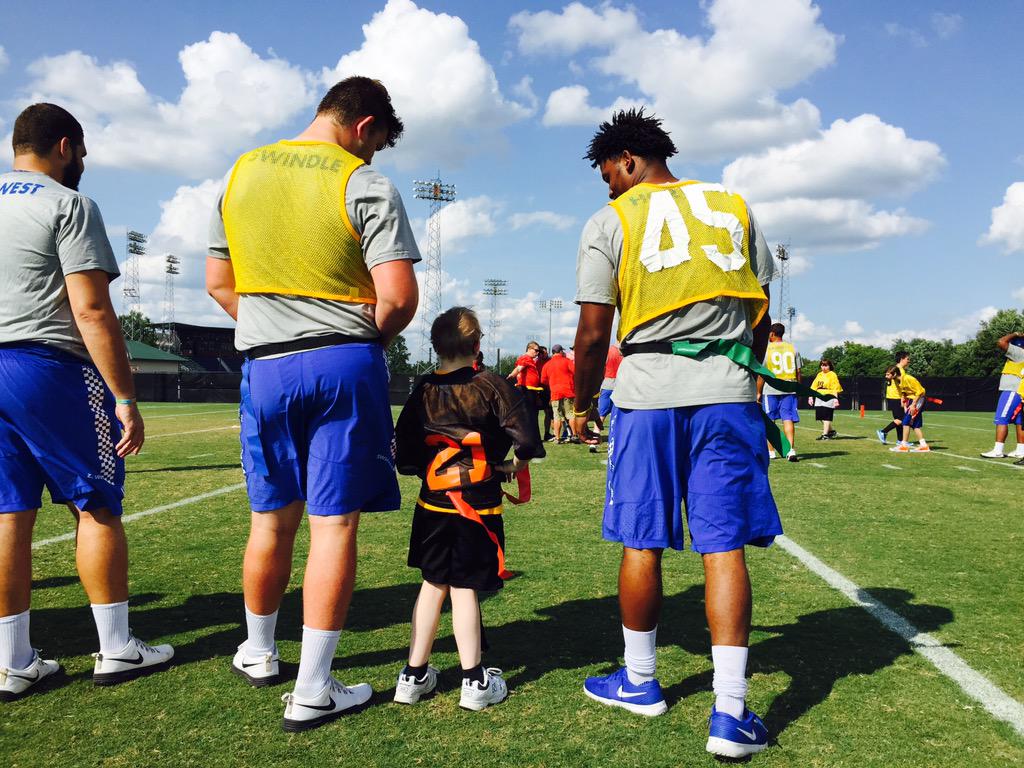 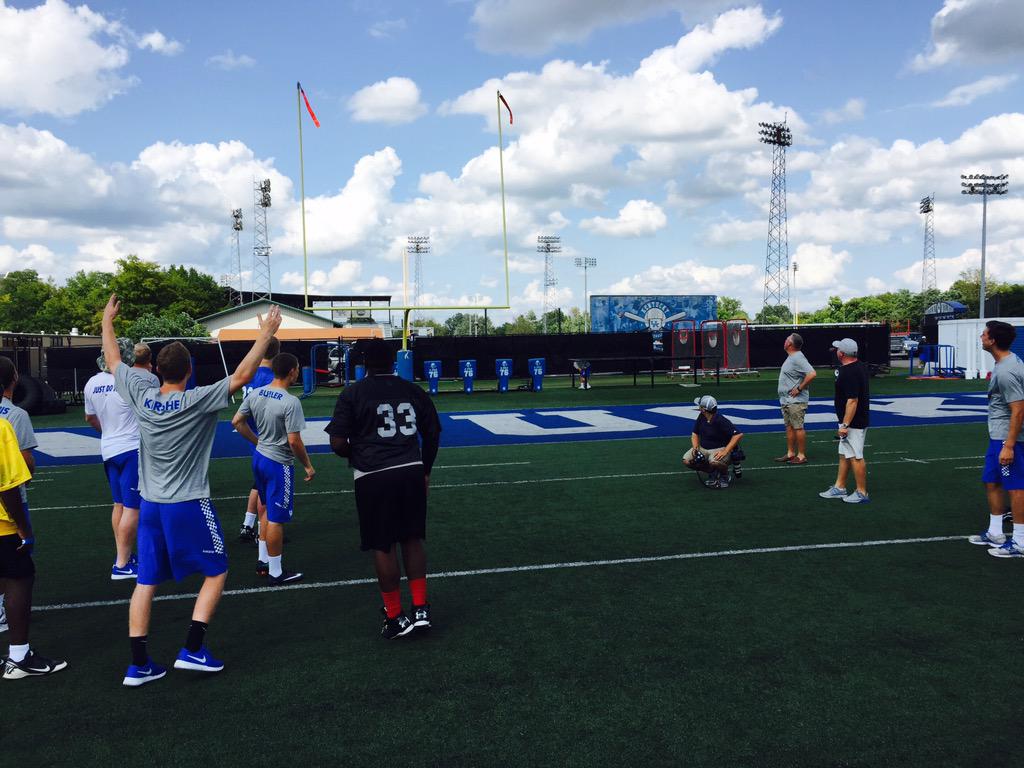 To top it all off, Coach Stoops has invited all participants from Special Olympics Kentucky to join him as a guest at UK’s home opener on September 5th.  I think it goes without saying, this staff has been tremendous off the field and around the community. A great deal of leadership and character was shown from everyone at the Nutter Training facility this evening.

Lastly, here are a few quotes following this evening’s event.

Speaking about today’s practice, here’s what Coach Stoops had to say:

“It’s a wonderful opportunity to spend some time with these special kids. Just to see the pure joy … pure hearts … how can it not help our guys?

Stoops’ take about last night’s unscheduled practice?  He said that it was easy to get everyone together as they’re already on call.  It was the first time Stoops had ever ran such a practice. The fields were unlit so they just went out there and got things done.  Had a rule for receivers that even if you drop it, as long as the ball hit you in the chest, it was ruled a completion.

“It’s never fun to break for a day and a half with that taste in your mouth,” speaking of the bad practice held on Saturday morning.

Vince Marrow talked about last night’s practice, saying that it was the best one he’d seen all around, college or pro. That means a lot, given it was in almost complete darkness.

Drew Barker also commented on last night, saying that it was “like something out of Remember the Titans.” Barker also mentioned that in the SEC there’s no leeway and that as a team, they took steps back on Friday and Saturday morning. He then said that after last night and today, they made up lost ground and then some.

1 Comment for Updates and Quotes from Today’s Football Practice