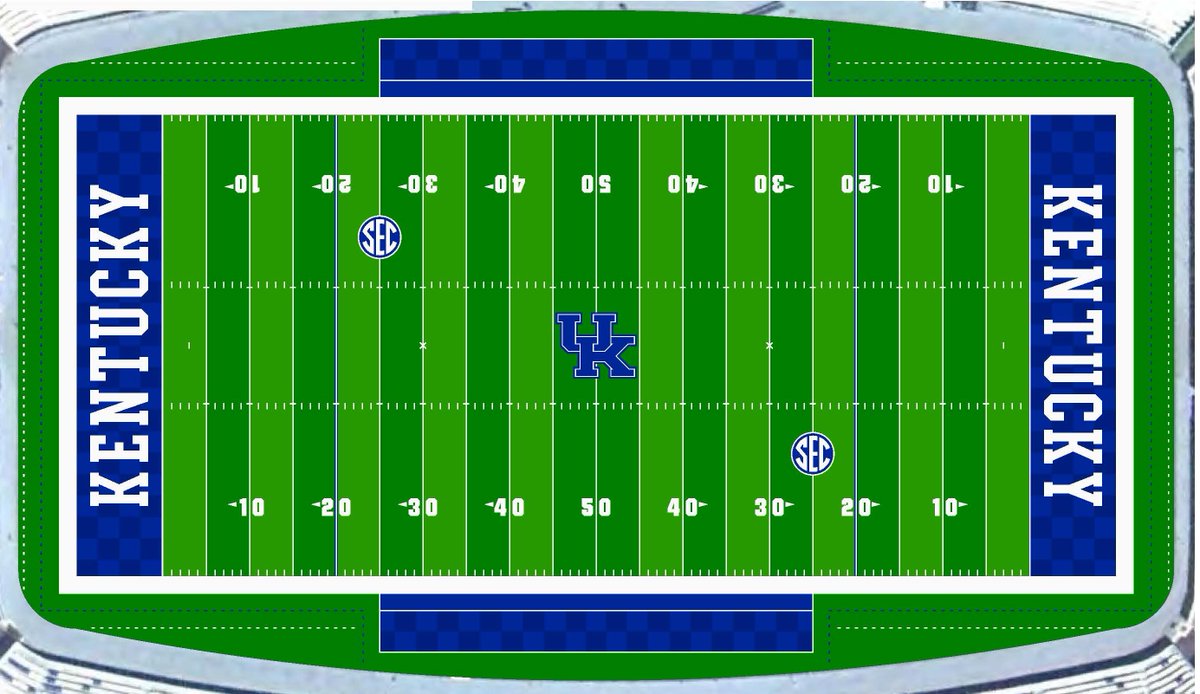 Fans hoping for the return of the Power K are going to be a little disappointed in Commonwealth Stadium’s new field design, but the checkerboard end zone proponents got their wish.

The new field will feature the new UK logo at midfield, 10 yards wide, with blue checkerboard end zones and KENTUCKY in white lettering.

In today’s release, UK said fan opinion was taken into account throughout the process:

So what do we think, BBN?