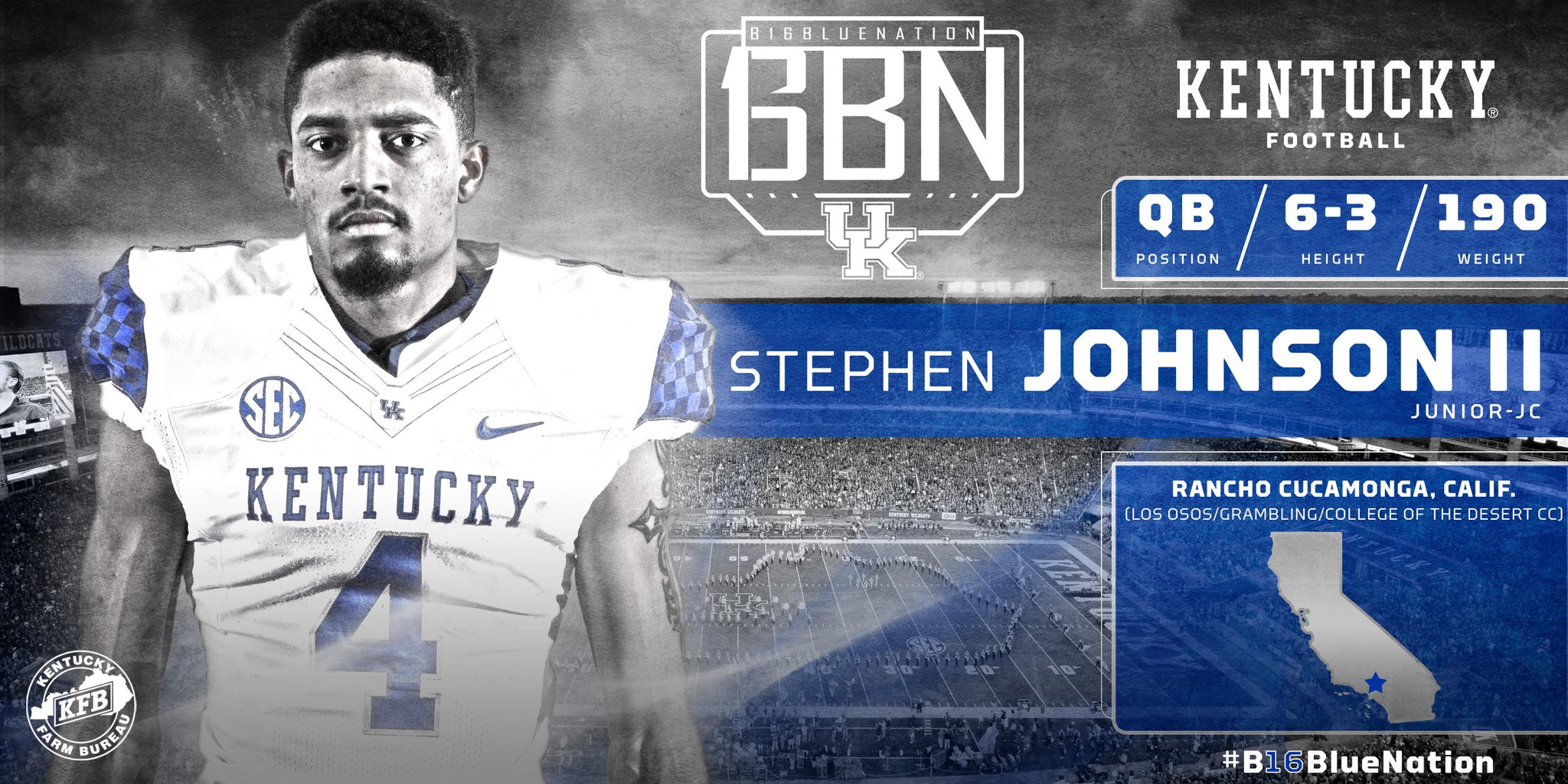 “We are extremely excited to add Stephen to our team,” Mark Stoops said. “He is a dynamic dual-threat quarterback who has all of the skills to compete in the SEC. He will be able to learn the system and compete with the other quarterbacks in spring practice and as a junior he brings experience and a wealth of talent to our program.”

“We are excited to have Naquez in the program,” Stoops said of Pringle, an automatic addition to the UK All-Name Team. “He is an extremely powerful and fundamental interior defensive lineman who was heavily recruited out of high school. We are very pleased he was able to enroll at Kentucky mid-year and that he will be able to work out and participate in spring practice. He will add much-needed depth to our defensive line.”

Naquez Pringle comes to UK from Itawamba Community College in — OH MY GOD LOOK HOW BIG HIS ARMS ARE: 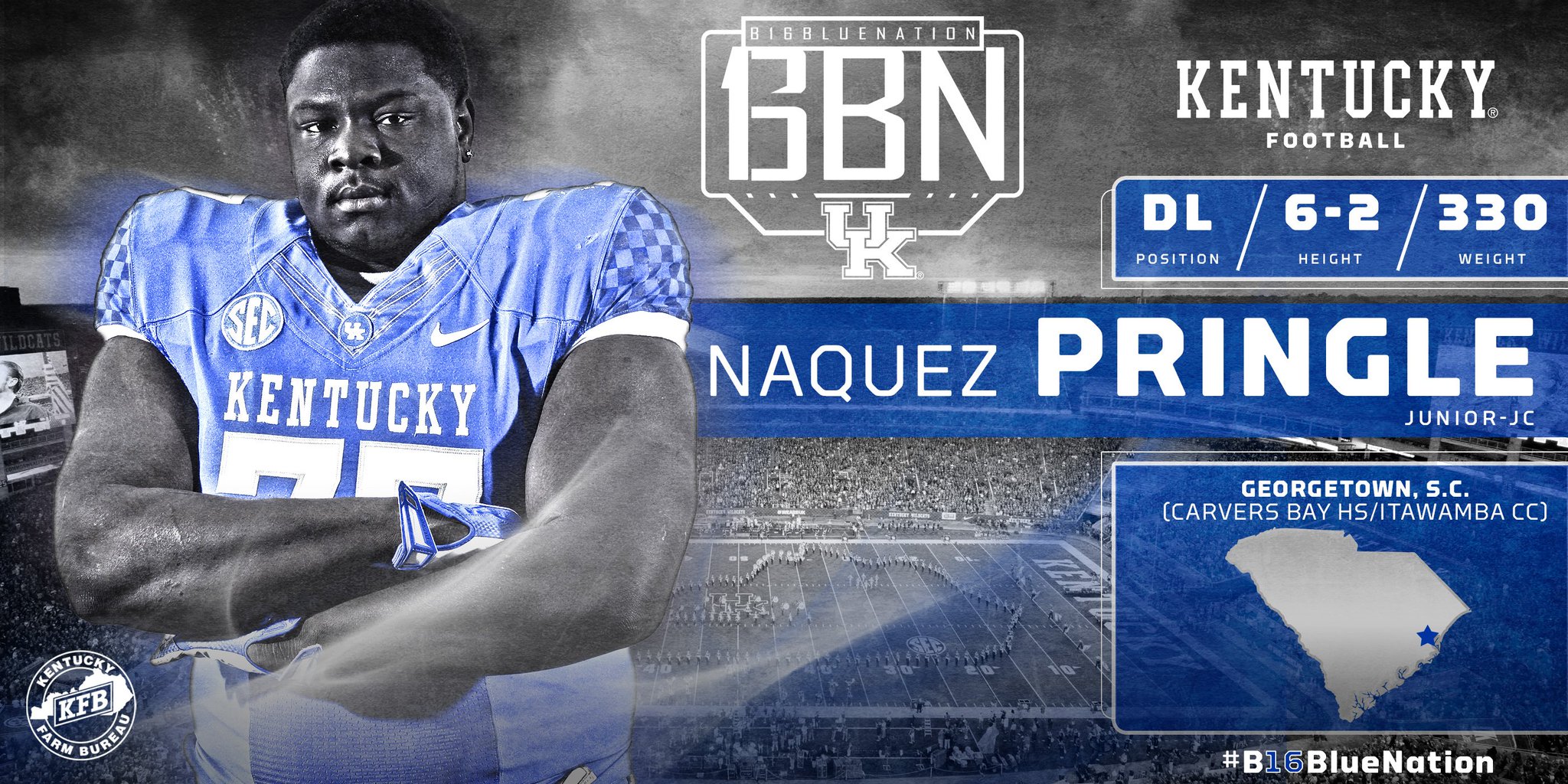 Good lord. Here are some brief Pringle highlights, but be careful because once you pop, youuuu can’t stop! (Sorry)