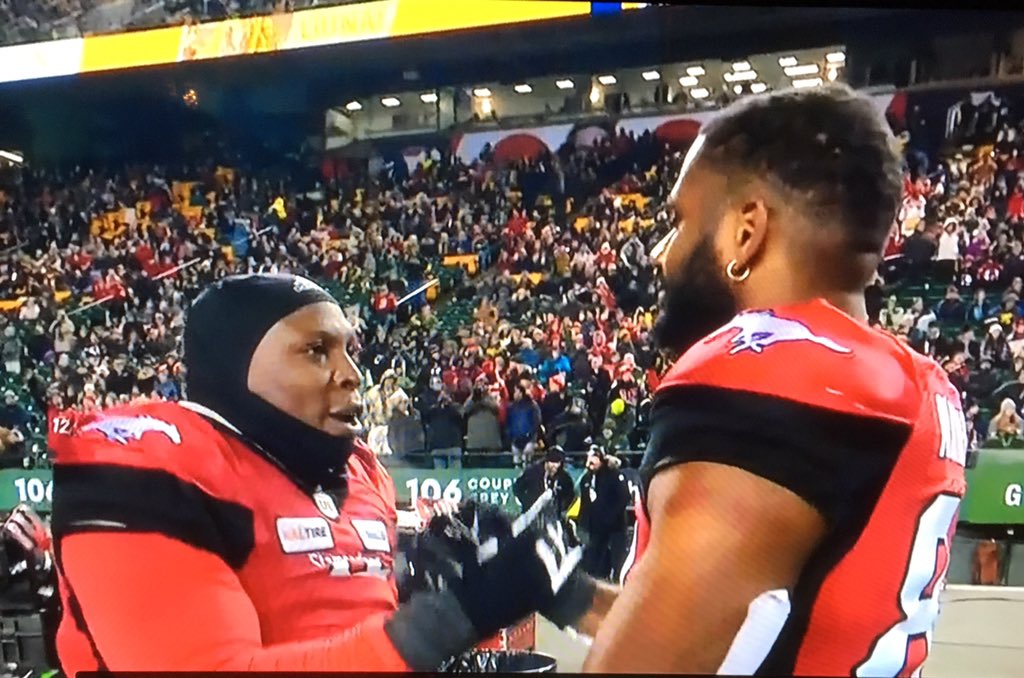 Wide receiver Chris Matthews and defensive lineman Micah Johnson helped propel the Calgary Stampeders to a 27-16 victory over the Ottawa Redblacks in the 106th Grey Cup.  Johnson recorded three tackles and Matthews caught four passes for 59 yards, including a 38-yarder, in the win.

Johnson, a former five-star recruit who won Kentucky’s Mr. Football at Ft. Campbell in 2005, has now won two Grey Cups, his first with the Stampeders in 2014.  In 2015, Matthews recorded his first NFL catch in the Super Bowl.  He had four receptions for 109 yards and a touchdown, but missed the chance to get a ring when Pete Carroll took the ball out of Marshawn Lynch’s hands at the one-yard line.  Standing next to his father on the field, Matthews was emotional during the postgame celebration.

Congrats to two Wildcats who refused to give up on their football dreams.