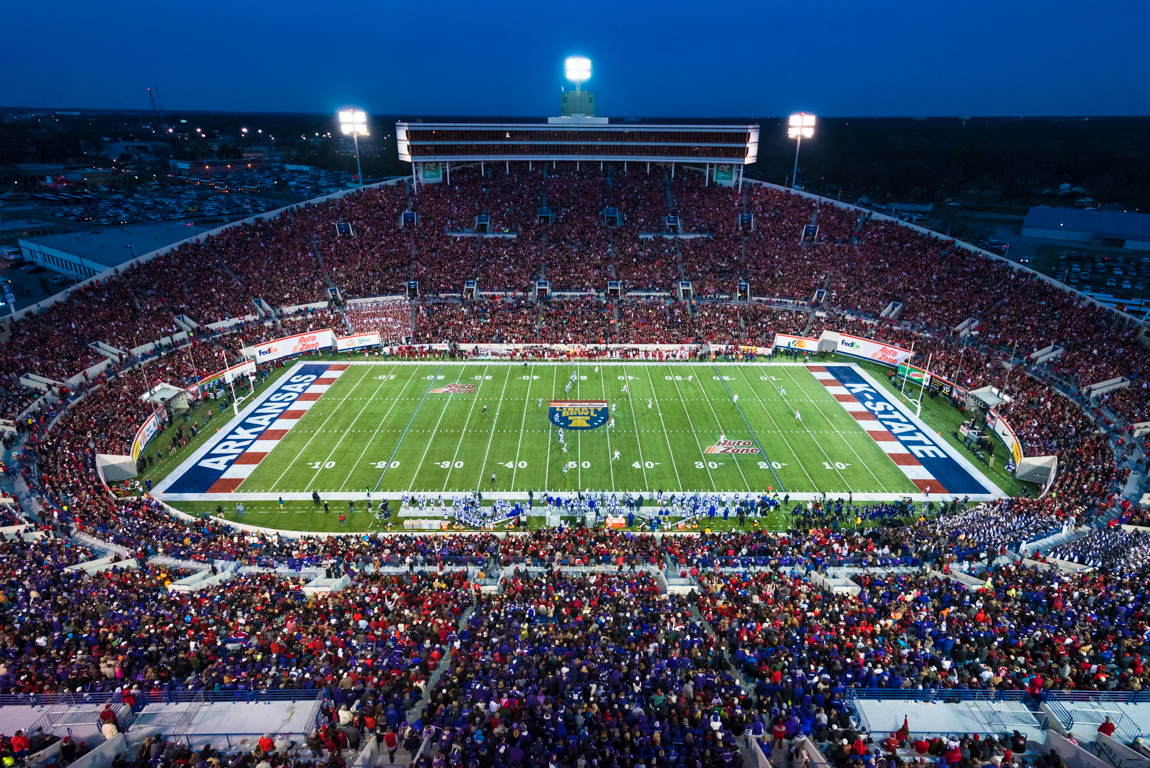 Halfway through the season, Kentucky’s 3-3 with one cupcake left in Austin Peay and two potentially competitive games left vs. Mississippi State and Missouri. The Cats’ win over Vandy was enough to get them back in ESPN’s latest bowl projections, with Brett McMurphy projecting Kentucky to play Tulsa in the Birmingham Bowl on December 29 and Mark Schlabach projecting them to play Oklahoma State in the Liberty Bowl on December 30.

Meanwhile, both McMurphy and Schlabach have Western Kentucky taking on Hawaii in the Aloha Bowl in Honolulu and Louisville playing in the Capital One Orange Bowl vs. Wisconsin or Tennessee.

Birmingham and Memphis may not be the most exciting destinations in late December, but if Kentucky manages to get to six, I don’t care where they go, I will follow.