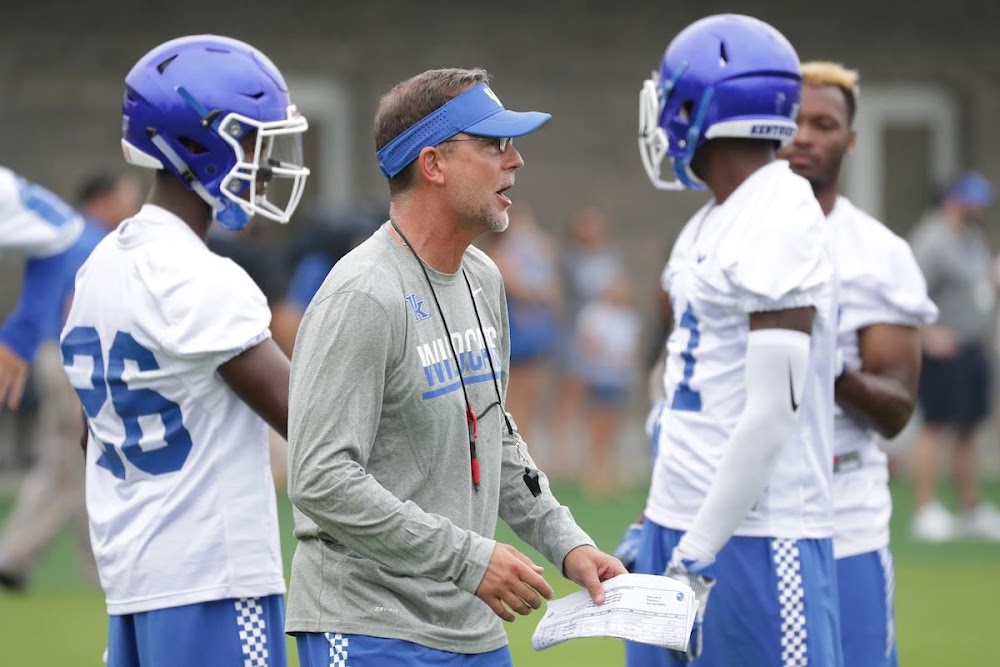 Eddie Gran said in all of his year’s coaching, his offense has battle with Vanderbilt’s defense no matter the school he was at. “I respect the heck out of them,” Gran said.

“They play hard. They play physical. They are coached very and the will fight you tooth and nail, every play,” Gran said.

One player that the offense will have to look out for, defensive lineman Adam Butler.

Fumbles were a HUGE problem for Johnson against Alabama. The defense is trying to strip the ball every time Johnson carries the ball in practice this week.

“I’m not going to beat a dead horse. He knows the deal. He can’t do it anymore. It’s unacceptable. That’s the deal,” Gran said.

One of the biggest surprises this season has been the play of Landon Young. After Cole Mosier injured his ankle, Young has stepped in and played a lot better than most people expected from the freshman.

“I grabbed him around the neck the other day and told him what a great job he is doing,” Gran said.

Mosier is back in the lineup this week. His return means that he and Young will split reps at the left tackle position.

Baker has been full go this week in practice and will be at full strength for the first time this season on Saturday. The question heading into Saturday is how many reps he will get and that’s what the coaches will determine at the end of the week. The one thing he will bring, physicality.

“Well, the one thing about Dorian is he hasn’t had much game time experience yet,” Gran said. “But what he brings is that physicality, big body, fast, strong and does all the things you want a receiver to do.”