It’s a busy week around the Big Blue Nation.  In-between basketball games, recruiting decisions, award nominations and Thanksgiving plans, the football team is preparing for the Governor’s Cup.  We’ll have plenty more on that game before Saturday night, but in the meantime a few things slipped through the cracks.

It made its way around the internet on Sunday, but has yet to arrive on the pages of Kentucky Sports Radio dot com.  This weekend Kentucky was in the AP Top 25 for the ninth straight week.  Between 1985 and 2017, Kentucky appeared in the AP Poll eight times.  It’s safe to say Kentucky has entered unfamiliar territory in 2018.

Likely playing in his final game at Kroger Field, Benny Snell was still just having fun playing football.  At halftime the running got loose with a few kids in the stand.  That’s a memory they will cherish forever.

Josh Allen is the finalist for two major defensive awards, the Nagurski (top linebacker) and the Bednarik (most outstanding defensive player).  If the voting panels use numbers, Allen is a shoe-in to win each. In the Bednarik race, he leads the Clemson and Alabama defenders in every significant statistical category.

He does not top his entire Nagurski competition, but he’s first or second in every statistical category.

Shout out to The Cats Pause for compiling the numbers.

Tuesday’s with C.J. at the Kentucky Children’s Hospital hit closer to home this morning.  The Kentucky tight end’s weekly tradition brought him face-to-face with Nathan Schwake.  The Associate AD for Marketing and Licensing has been in the NICU as his newborn fights for life.  The Kentucky football family and the entire Big Blue Nation is behind the Schwakes. 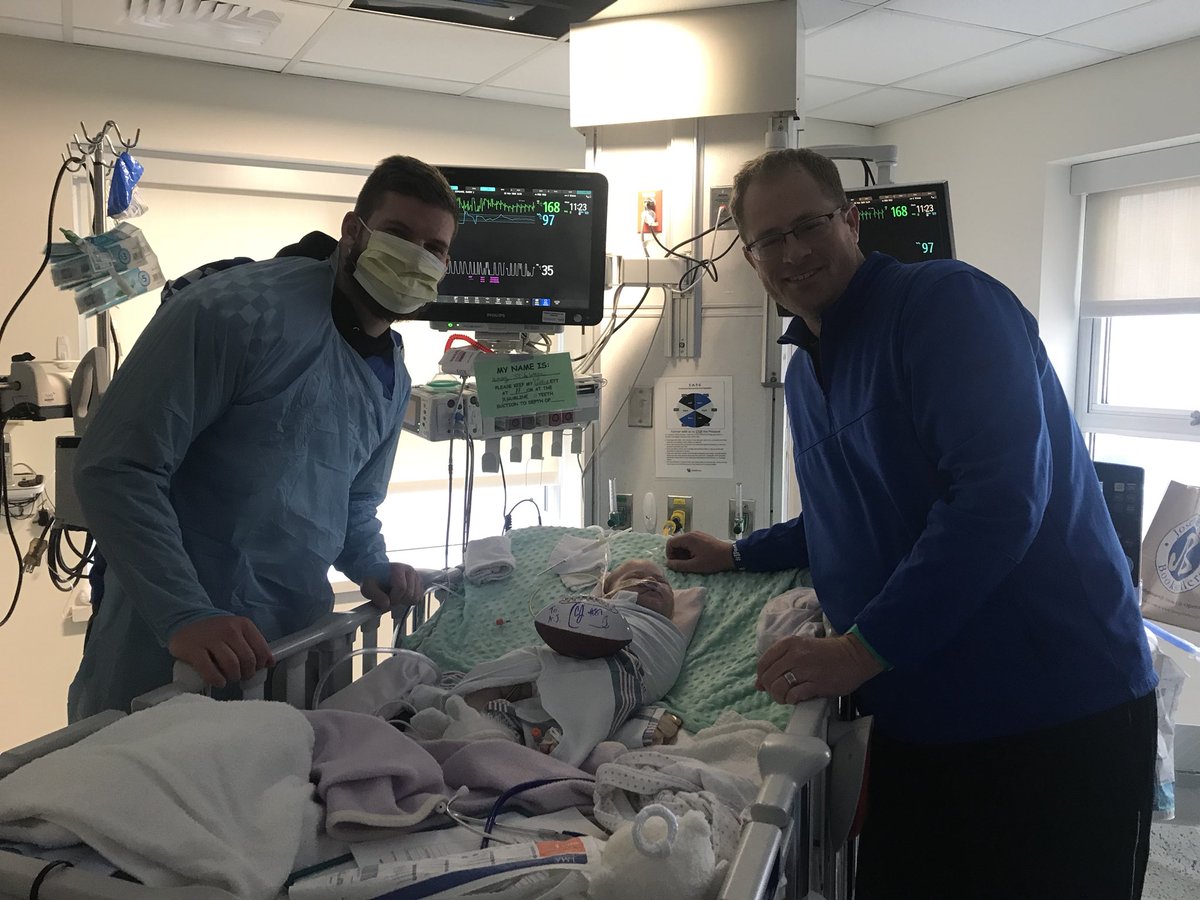