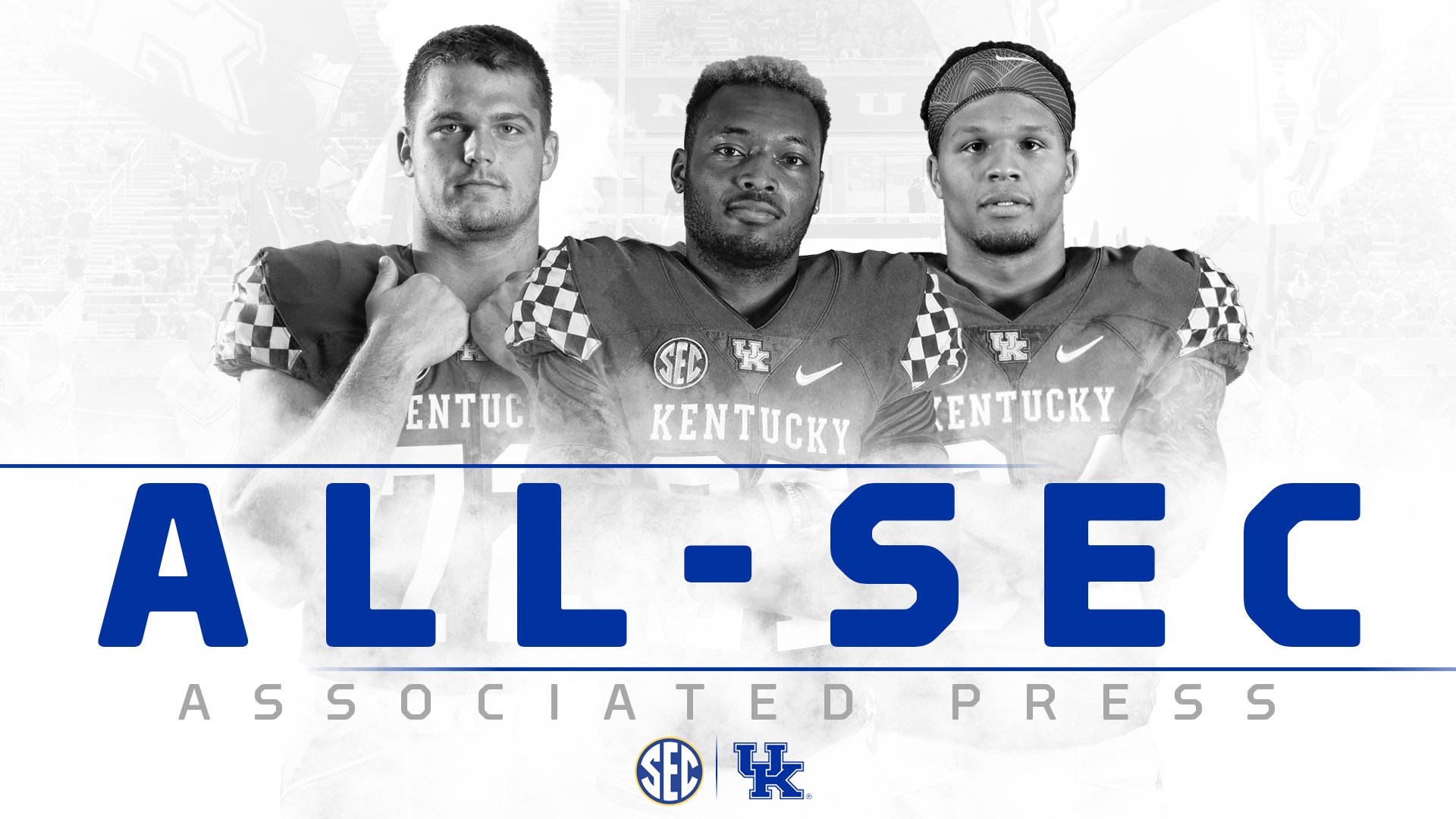 The AP All-SEC Teams were released this afternoon and three Kentucky Wildcats made the list: Jon Toth, Jordan Jones, and Mike Edwards. Toth, a senior, make the First Team at center, while Jones and Edwards, both sophomores, made Second Team at linebacker and safety.

If Freddie Maggard hasn’t hammered it into your head enough, today’s honor should show you how special Toth is. The senior center played in 48 career games with a nation-high 47 consecutive starts. In addition to helping UK’s rushing attack  rank 16th nationally, Toth leads the team with 69 knockdown blocks and has been credited with 195 blocks at the point of attack this season. He was a nominee for several national awards this season, including the National Football Foundation’s Scholar-Athlete Award, the Rimington Trophy, given annually to the nation’s most outstanding center and the Outland Trophy, given to the nation’s best interior lineman. According to Corey Price, Toth is the first Kentucky player to be named First Team All-SEC at center since Ken Roark in 1980.

On the other side of the ball, Jones and Edwards led Kentucky in total tackles with 100 and 93, respectively. Jones ranked third in the SEC in tackles per game (8.3) and his 70 solo tackles led the league and ranked 11th nationally. He’s the only player in UK history to have at least 100 tackles, 14.0 tackles for loss and 4.0 sacks in a single season. Jones also added nine quarterback hurries, four pass breakups and a forced fumble.

Edwards finished the regular season leading all SEC defensive backs in tackles with 93. He ranks fourth in the SEC with 7.8 tackles per game. Edwards had four double-digit tackle performances and tied for the team lead with three interceptions, including two of Heisman Trophy finalist Lamar Jackson in the Cats’ 41-38 victory over No. 11 Louisville. Edwards has recorded a tackle in 20 consecutive games and has 132 tackles, 6.5 tackles for loss, four interceptions and 11 pass breakups for his career.