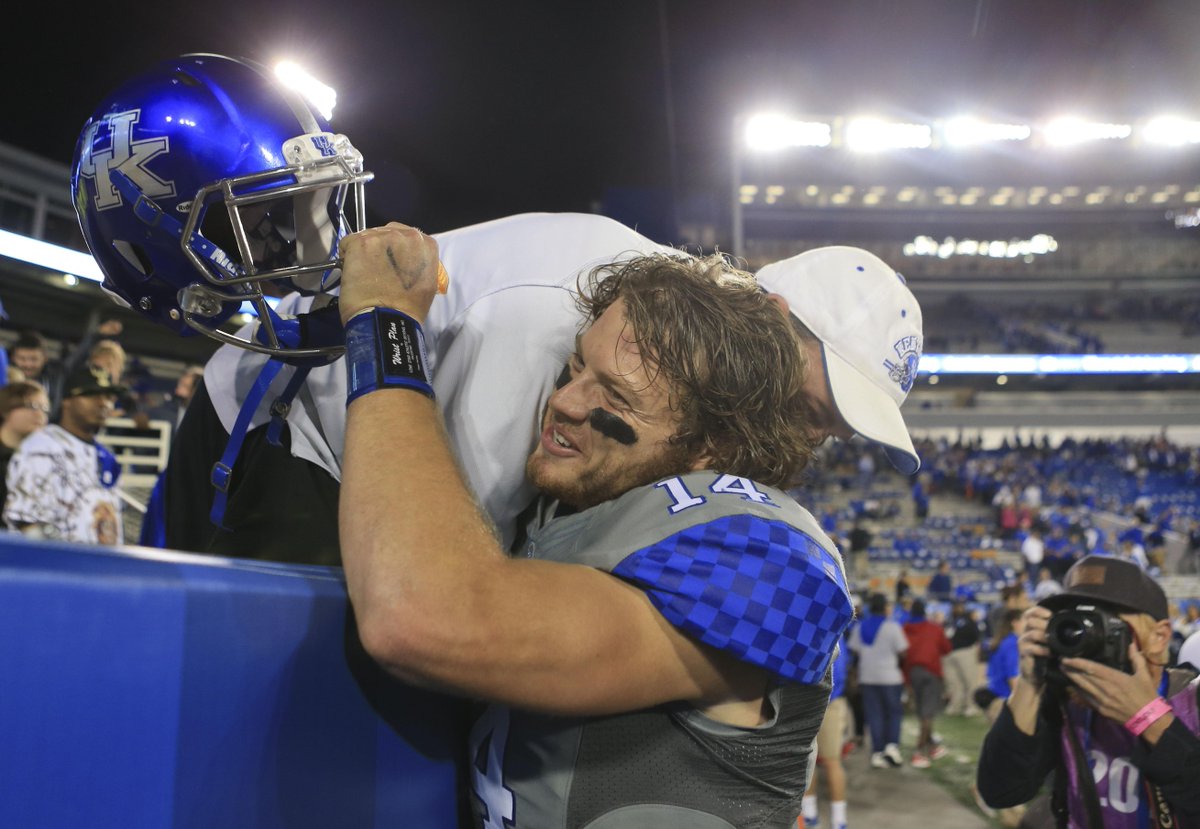 What a game! I woke up this morning smiling like Patrick Towles, still pumped from last night’s stellar win over Missouri. The entire team stepped up to deliver as they washed the foul taste of the Florida game out of Big Blue Nation’s mouth. Towles was the Towles we saw in the beginning of last season. The defense continues to play greater than the sum of its parts. Jojo Kemp came in convinced we were facing South Carolina or something. It was awesome to watch the team respond to the criticism of this past week and set a tone for the remaining 2/3rds of the season.

The Cats beat the Tigers for the first time since they joined up with the SEC. That’s a major step for a program that is trying to make some moves this season and another streak Kentucky has put to bed.

So what does this all mean?

The Cats are in the thick of the SEC East race. 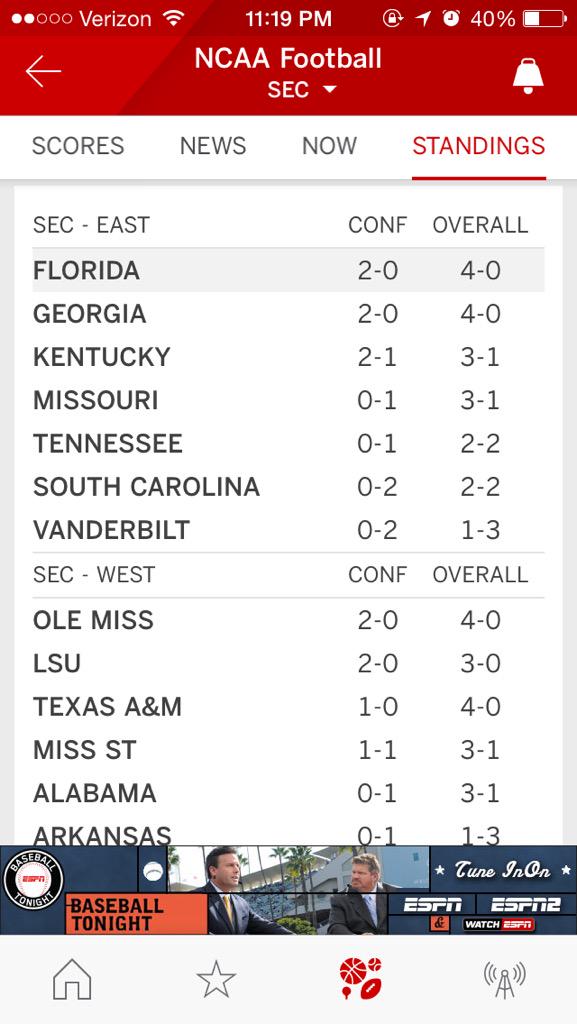 With the most conference games played of anyone in the SEC, the Cats are sitting pretty in the chase for the East crown. Next week Kentucky should get a chance to play some backup guys as they face an FCS opponent in EKU. Georgia on the other hand will be hosting Alabama in a game with major playoff implications followed by a trip to Tennessee. The Florida Gators will host SEC-leading Ole Miss followed by a trip to Missouri. It isn’t outside the realm of possibility to see those teams 2-2 in conference at the end of week 6. Meanwhile, the Cats have a real chance of advancing to 3-1 but to do that they will have to take care of some guys from the plains…

The Auburn Game Is Going to Be Insane 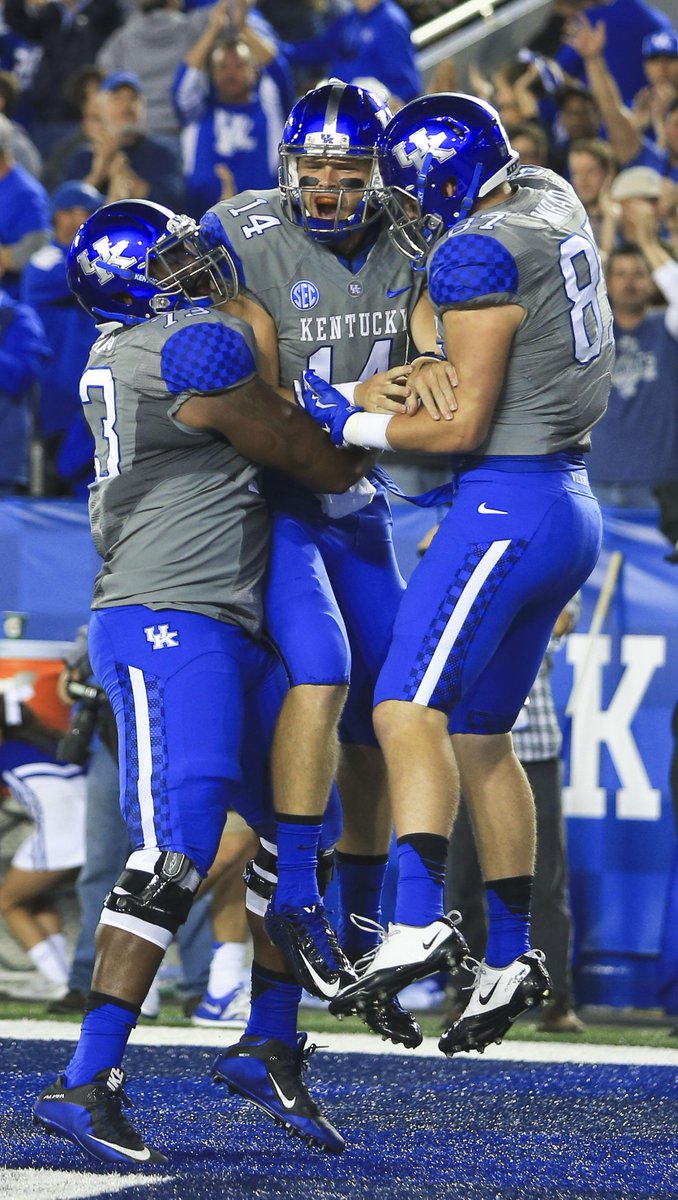 ^^”When mom makes pizza rolls!!!“^^ Okay, I know we have to take care of business against Eastern Kentucky first in a game that features several storylines from offseason skirmishes. But please allow me to indulge myself for a moment. Auburn is currently going through a death spiral which has featured them getting blown out by LSU and then getting ran at home last night by Mississippi State. They have looked putrid on both sides of the ball and they should still be struggling to find their identity when they come to Lexington.

Kentucky on the other hand should be sitting at 4-1 with the first home Thursday night game in school history on tap. That environment has the recipe to be absolutely insane and perhaps top the Florida game from last weekend. A quick look at Ticketmaster shows that there are still plenty of open seats, including lower level, for the game. You had better jump on those right now if you have interest in going because I think the game is going to end up a sell out and a top 5 Commonwealth atmosphere.

Plenty of NFL Cats are on the field today from start to finish of your NFL Sunday. Down here in Western Kentucky the Titans take over CBS in place of my beloved Bengals but at least I can watch Avery Williamson and Wesley Woodyard bring the pain to the Colts. That game will be followed by Chris Matthews and the Seahawks hammering Matt Jones’ Bears. Then the nightcap features old man Peyton Manning head to Motor City to take on Larry Warford’s Lions. Not a bad day of football.

One of the greatest traditions in UK Athletics begins this week as the Big Blue Madness campout takes place. For many, it will be the debut of guys like Skal Labissiere, Jamal Murray, and Isiah Briscoe. For others it’s a chance to miss a few days of work to hang out with 8,000 of your best friends. With this year’s version adding TV and radio to the events, Campout is sure to be a circus on another level.

Yesterday, the Aaron Harrison’s Hornets and James Young’s Celtics got started with NBA training camp. The rest of the teams will begin later this week. Andrew and Aaron Harrison, Josh Harrellson, Marquis Teague, Doron Lamb, Deandre Liggins and more will all be fighting to earn a contract for the upcoming season. It’s the last chance to make a good impression before the NBA season begins one month from today.