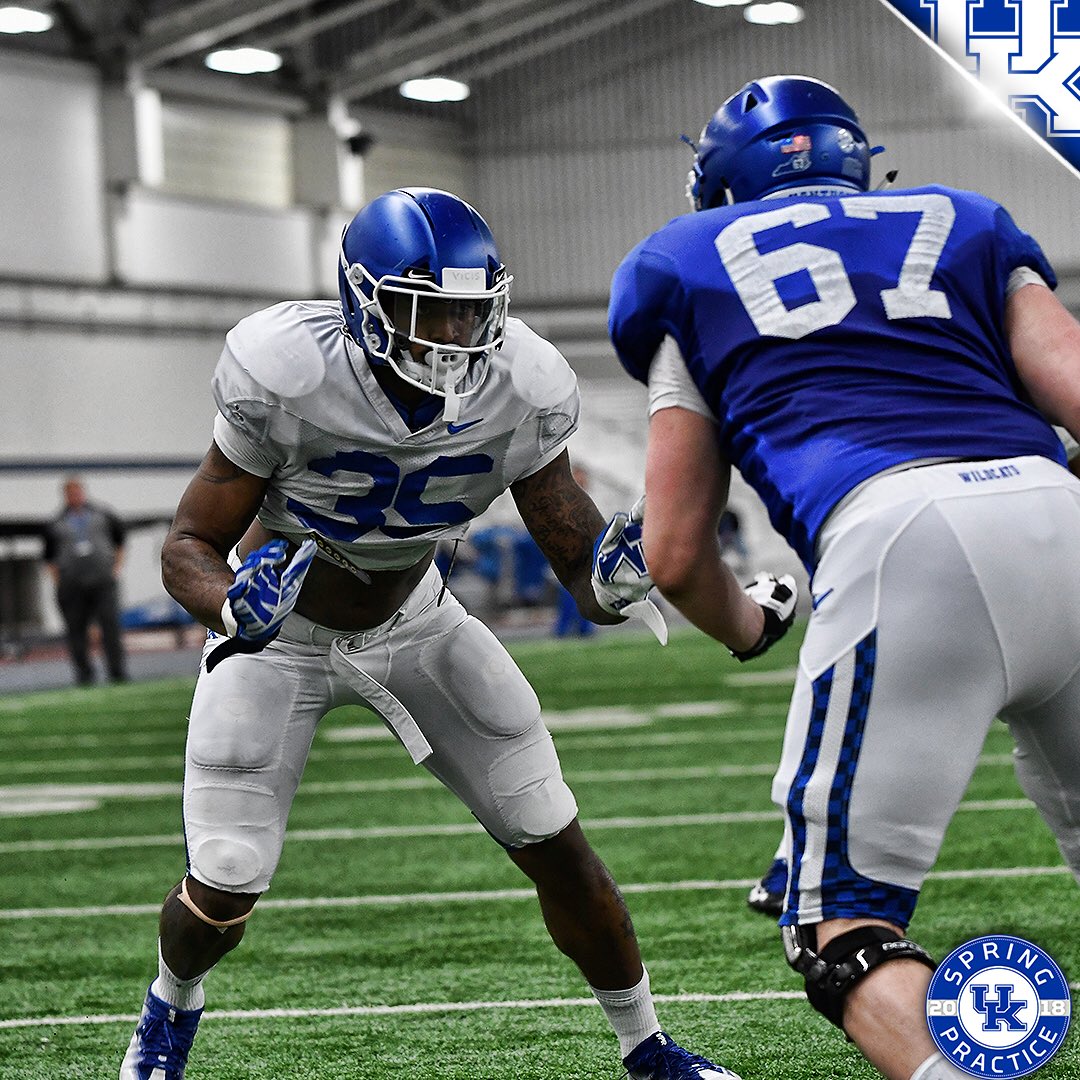 For the first time this Spring, the Kentucky football team held a full scrimmage at Kroger Field.

“It was a really good first scrimmage,” Mark Stoops said.  “Defensively, we have some guys that have played for a long time.  I’d say the defense is ahead right now and really had a solid day, as it should be.”

Kentucky’s head coach was happy he did not see many missed tackles or big plays.  “Offensively, we have a ways to go, but I’m confident we’ll get there.”  Stoops gave a ton of credit to the defensive line.  One defensive tackle, Adrian Middleton, was asked what he thought about the D-Line’s play today:

According to the Adrian Middleton the UK defense won the scrimmage today, "We kicked their ass" pic.twitter.com/HJPxCIStw4

Middleton could not say that very often last year.  In practice, UK’s offensive line consistently won the battle in the trenches.  That transferred over into games.  The weakest link in Kentucky’s defense, the three-down linemen only accounted for six of UK’s 30 sacks and 10.5 of the team’s 63 tackles for loss.  Challenged at the start of the spring season, the defensive line has responded, most notably Josh Paschal and Phil Hoskins.

“I feel like we’re much more stout than we’ve been.  Guys are pretty physical inside,” Stoops said.  “I felt like we’re stronger at the point of attack defensively.”

The defense had an advantage for a reason.  Coaches held Benny Snell out of the scrimmage to see more from A.J. Rose and Sihiem King.  It’s a lot harder to miss a tackle when you don’t have to take Snell to the ground.

Offensive inconsistency also falls on the quarterbacks.  Gunnar Hoak and Terry Wilson are splitting first team reps.  There have been highs and lows, but Stoops does not have any long-term concerns about their ability to lead the offense.  He wants to see the guys around them step up and make big plays.

“The quarterbacks will be fine,” Stoops said.  “Everybody says it, but it’s true: they need players around them.  Offensively, you have to all be in sync and you have to have some guys that create big plays for you.”

While the thin offense searches for big plays, the defense is taking advantage of the opportunity.  Jordan Griffin scored a defensive touchdown, but at the end of the day, nothing pleased Stoops more than to see the defense win the battle in the trenches.