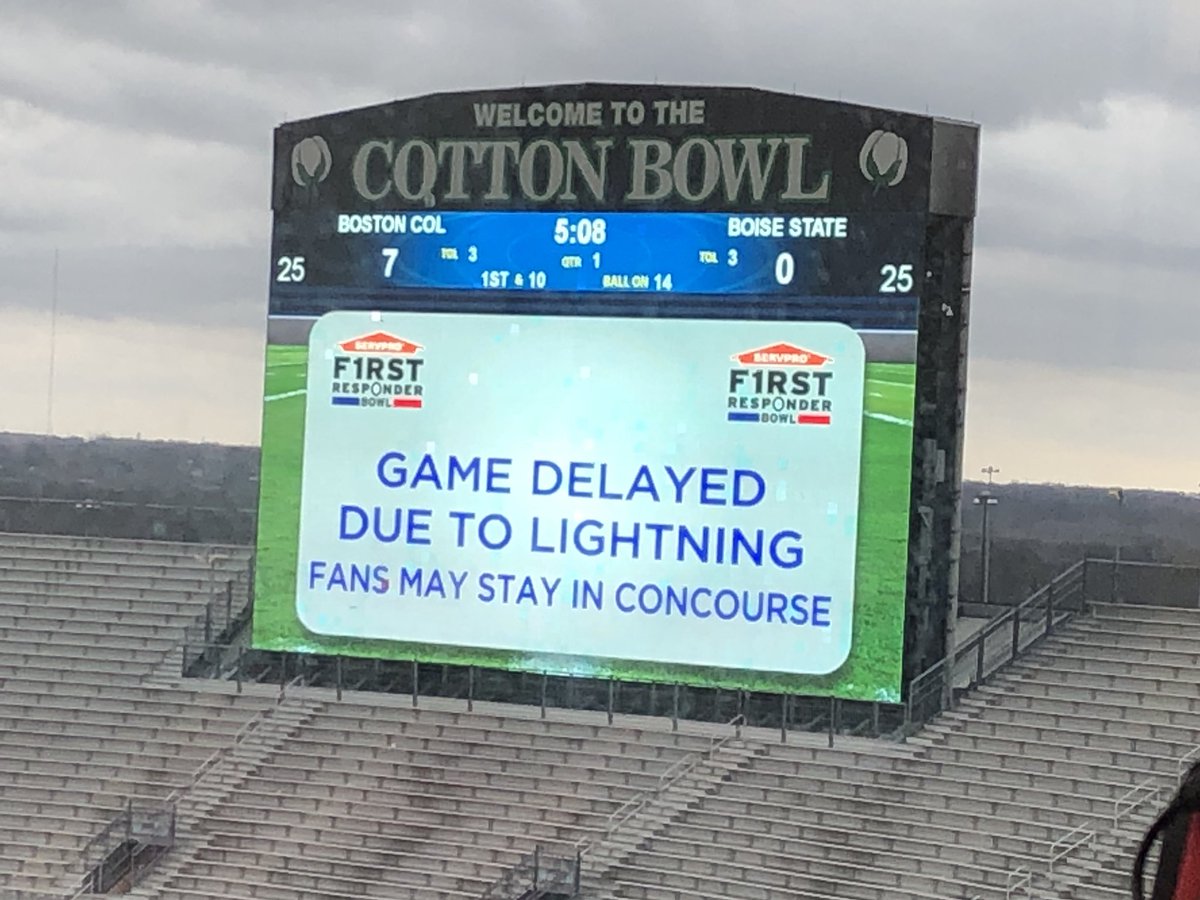 Imagine paying for bowl tickets, making the trip, getting inside the stadium and watching kickoff…only for the game to be canceled. That’s exactly that happened for Boise State and Boston College fans today at the First Responder Bowl in Dallas, Texas, where severe weather caused a delay with five minutes to go in the first quarter. With bad weather still in the area an hour later, organizers decided to call the whole thing off. The bowl was canceled and ruled a no-contest, meaning the game and stats won’t count. At the time of the delay, Boston College was up 7-0.

The @FRBowl has been canceled.

Bad weather can’t be helped, but how much does that suck for the players and fans who made the trip? All of that effort for ten minutes of play, which didn’t even count. One Boise State player was determined to make the most of it:

Curtis Weaver said he had to make sure his jersey got dirty… pic.twitter.com/LK1xFTIJV9

VegasInsider.com says all bets will be refunded, but what about the KSBar Hammer Bowl Challenge? Don’t worry, we still have a winner:

The score when the game was cancelled was 7-0.

If you want to become a finalist for the $5,000 prize, get on down to KSBar and make your pick for the Quick Lane or Cheez-It Bowls tonight:

4 Comments for The First Responder Bowl had to be canceled