College football is officially back. We were welcomed back with amazing catches, turnover beads, quarterback scrambles and more.

Here are my 10 favorite moments of the weekend:

Miami has the turnover chain, but Tulane University put their spin on it with the turnover beads. I am here for this.

I get winded after watching this. Oklahoma seems to be just fine without Baker Mayfield. Oklahoma defeated Lane Kiffin and Florida Atlantic 63-14

Can we call this a blocked punt? Or it is a punt return? Either way, what a way to score a touchdown.

One of the shortest punt return TDs in the history of football. #SCtop10

Texas Tech and Ole Miss kicked off at noon and we were treated to this OBJ-style catch right away. Ole Miss defeated the Red Raiders 47-27.

Maria Taylor asked a question that any reporter would ask after the game. Saban has created this controversy because he can’t be honest about his quarterback situation.

Nick Saban responded critically to a question about his QBs after Alabama's win. pic.twitter.com/sZCvIox2Dq

Man amongst boys is right. And once again, I feel winded just watching this. Arizona State defeated UTSA 49-7.

I haven’t decided if I like the turnover chair yet. The turnover “whatever” seems to be the new trend in college football and I dig it. 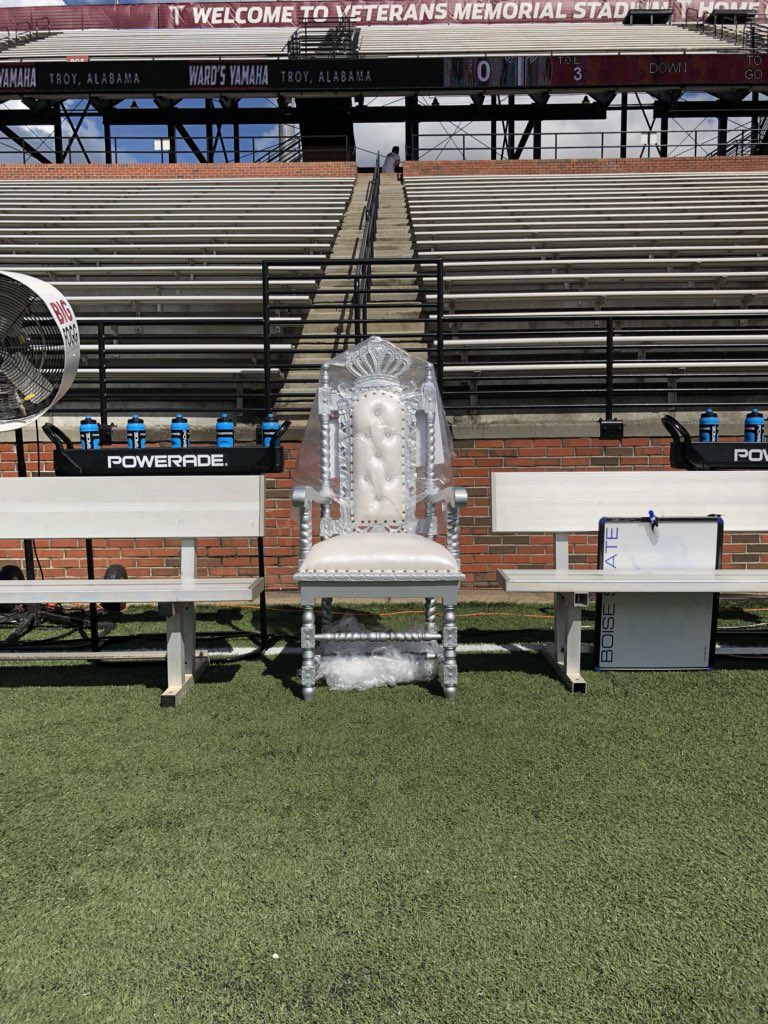 Boise has a turnover THRONE and it's way better than a belt pic.twitter.com/Ni4hmmM7N4

Can next week be this fun?

1 Comment for Best moments from first weekend of college football