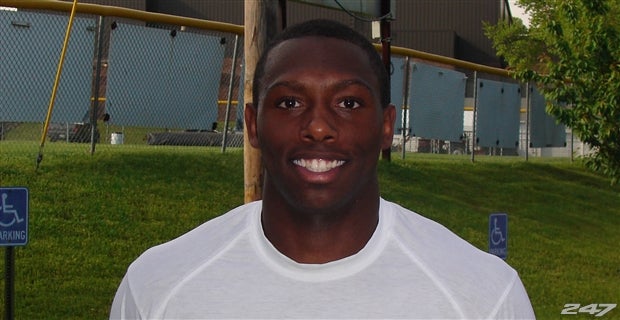 You’re looking at former Tennessee wide receiver Drae Bowles, who may be one of my new favorite people on Earth. According to a federal lawsuit filed by six unnamed UT female students — five of which are alleged rape victims — Bowles was confronted and assaulted by his Tennessee teammates in 2014 for helping a woman who accused the players — A.J. Johnson and Mike Williams — of rape.

Bowles took the woman to a hospital on the night of the alleged rape in November 2014 and supported her decision to report the incident to authorities, according to the lawsuit.

While the woman, a student-athlete, was meeting with executive senior associate athletics director Jon Gilbert, senior associate athletics director Mike Ward and her coach, she received a message from her roommate “who was witnessing at that moment several football players jumping” Bowles, the lawsuit says. The woman informed the athletics officials of the incident and was told they would “look into it,” according to the suit. The lawsuit says “athletic coaches were present during that altercation.”

Days later, the woman learned that Bowles was assaulted a second time at the team facility by the same players, the lawsuit says. She reported the second assault to university administrators as well.

Bowles has since transferred to UT-Chattanooga, a decision the lawsuit claims he made after being victimized by his teammates. The plaintiffs argue that the incident with Bowles is just one of many that have contributed to a “hostile sexual environment” at UT, one which chancellor Jimmy Cheek, AD Dave Hart, and Butch Jones have failed to address. The lawsuit also claims that former UT linebacker Curt Maggitt admitted to police that the second assault on Bowles took place, adding more smoke to this fire. Williams and Johnson face separate trials set to begin this summer, for which Bowles has reportedly received a subpoena to testify.

All in all, a terrible look for the Tennessee football program. To read more details, check out The Tennessean.