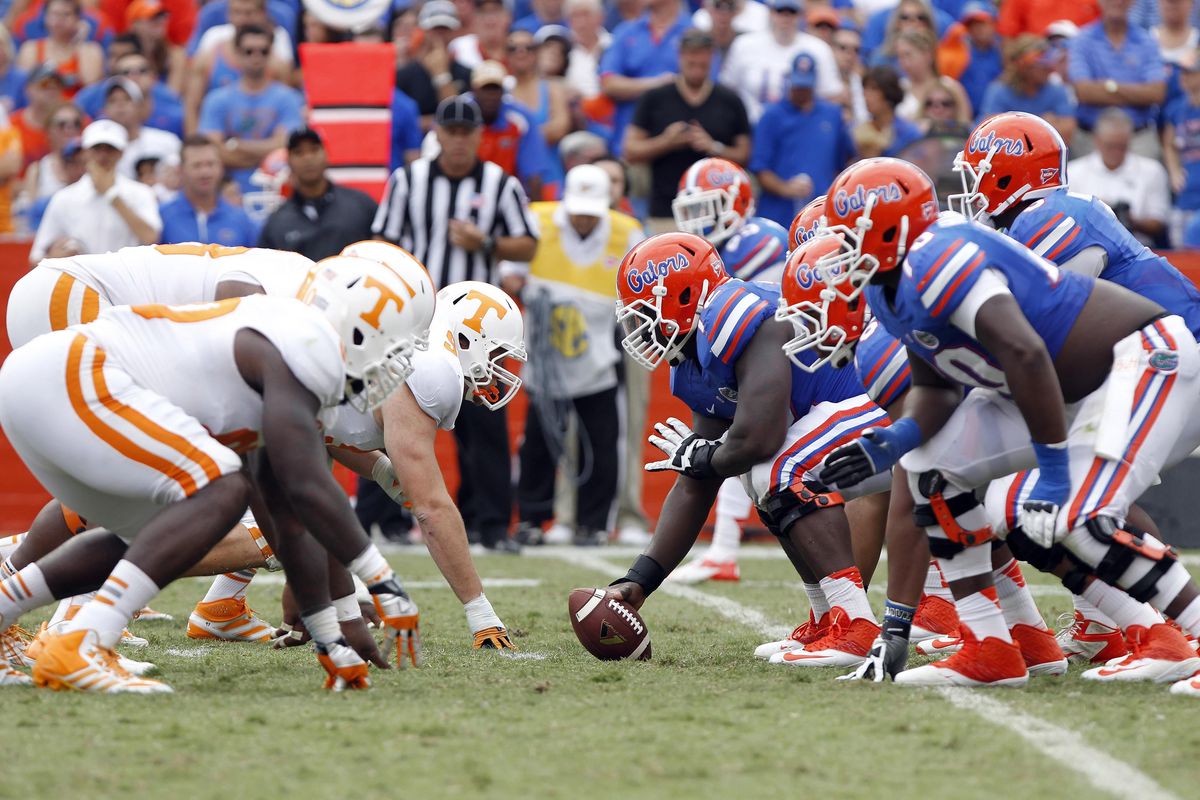 The Southeastern Conference announced today that the game between Tennessee and Florida, slated for 3:30 pm this coming Saturday, will proceed as scheduled. The Florida weather had threatened the game, but Gainesville is ready to play host to the two SEC rivals.

Goal post are back up this morning. #GoGators pic.twitter.com/zl1uMLuwH0

Now that it’s good to go, let’s decide which team Kentucky fans should want to win.

On one hand, we have our hatred for all things Tennessee. As is the case with Duke basketball and anything Louisville, we want Tennessee to lose every game it plays. BUT, do we want Florida looking at the Kentucky game as a must-win next week? You’ll get angry Gators coming off the loss with their backs against the wall.

On that same point, if Tennessee beats Florida at Florida, maybe Florida isn’t very good right now and it makes the Cats’ chance of victory even higher. If Tennessee goes down to Gainesville and steals one, we could be seeing a vulnerable Florida team with lots of questions to answer.

So I don’t know. I think I lean rooting for Tennessee because I think Florida is the biggest threat in the East outside of Georgia. With a guaranteed loss at Alabama on its schedule, Tennessee’s going to have a hard time taking the SEC East anyway, so why not let Florida go ahead and take an L at home to level the playing field in the standings. But I’m also afraid of a Florida team looking for a bounce-back game.

What do you think, BBN?

15 Comments for Tennessee at Florida to be played as scheduled, but who are we for?