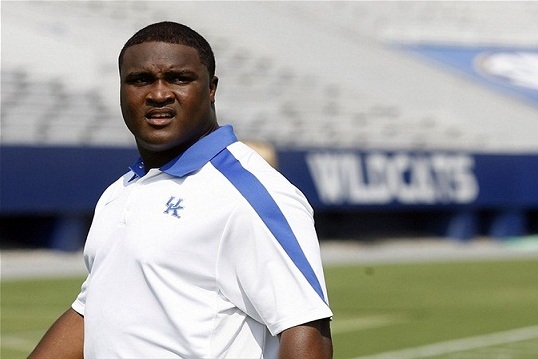 Today’s a great day for one of our favorite former assistant coaches. Tee Martin was just promoted to offensive coordinator at USC (Southern California) after serving as the wide receivers coach the past four seasons, along with pass game coordinator the past two seasons.

Martin was one of the bright spots during the Joker years, serving as the wide receivers coach and passing game coordinator. Despite the fact that he was once Tennessee’s quarterback, he won fans and recruits over before heading to USC in 2012. Since then, he’s helped USC’s offense flourish and was named one of the nation’s Top 10 recruiters by Sports Illustrated and Sporting News, as well as Pac-12 Recruiter of the Year by Rivals.com.

He also gave a young, nervous blogger her first exclusive interview back in 2011:

My how things have changed, but stayed the same. Congrats, and best of luck to you, Tee.

9 Comments for Tee Martin promoted to offensive coordinator at USC