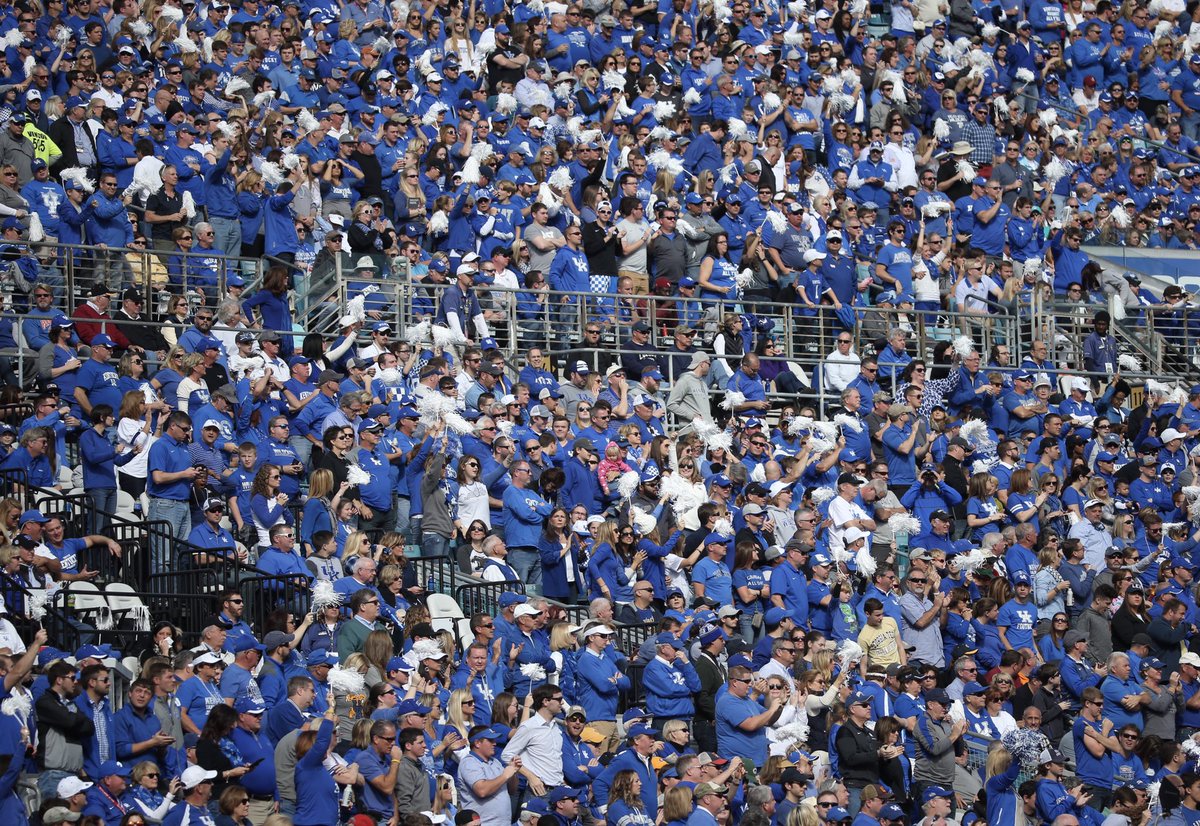 Bowl attendance across the country was down in 2016 and the turnout for the TaxSlayer Bowl was no different. In fact, TaxSlayer attendance was at its lowest since 1958, and its two least-attended games since that one some six decades ago, last week and the one in 2000, both included Georgia Tech. (Do better, GT fans.)

To that, TaxSlayer Bowl president Rick Catlett said, “Thank God for Kentucky fans,” for doing their part in filling the seats and flooding the city of Jacksonville with tourism money.

From The Florida Times-Union:

Kentucky’s fan base, spurred by their first bowl trip in six years and first Florida bowl game in 18 years, sold out its allotment of 8,000 tickets in three days and were estimated to have purchased 12,000.

The TaxSlayer Bowl sold around $9,000 worth of walk-up sales on game day, Catlett said. Although a final report on the number of room nights and other economic indicators won’t be available until later in the week, he said there were around 20,000 out of town guests, which is not an insignificant number.

“Playing on the weekend meant we started getting fans in on Thursday and that helped our economic impact,” he said.

But it was still the lowest attendance since 1958 and the two lowest-attended TaxSlayer Bowls, last week and the 2000 Georgia Tech vs. Miami game, have involved the Yellow Jackets.

Catlett said he’s not going to criticize the ACC for slotting Tech to Jacksonville.

“In fairness to Georgia Tech, we have had one sellout where it played [in 1999 vs. Notre Dame] and in this cycle they won’t play in Jacksonville again. We’re happy with the ACC. We had a lower turnout than we had hoped for, but thank God for Kentucky fans, and we’ll go from there.”

Blue got in, as expected, which will hopefully help future bowl invites. These games should be salivating at the thought of Big Blue Nation infiltrating their cities, as Big Blue Nation always does.

Read the entire story on the decline in bowl attendance and the TaxSlayer Bowl here.