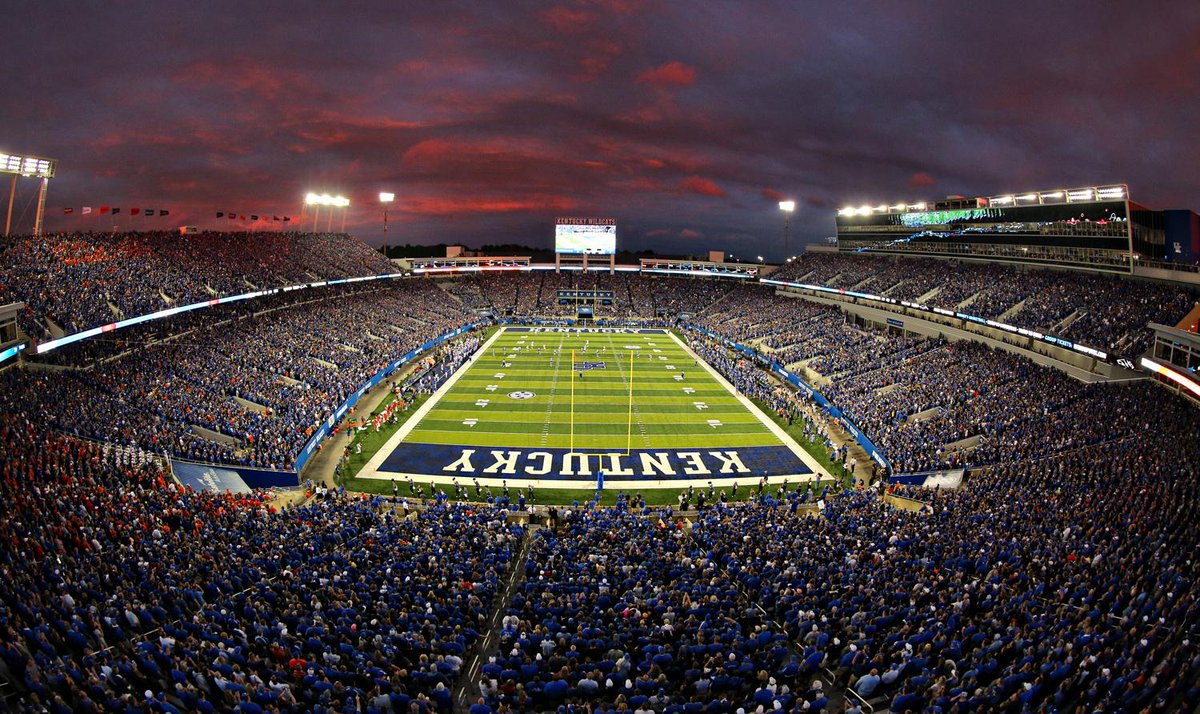 The atmosphere outside Commonwealth Stadium leading up to kickoff was the best I’ve seen since I’ve been attending games. Fans were out early and they were rowdy throughout the entire day. When it came time for the Cat Walk, thousands lined the street to greet the Cats outside the stadium. It truly was an amazing afternoon in Lexington. So much excitement.

Then, the game happened. And we all know how that went.

Mark Stoops said afterward, “We never really gave our fans a chance to get into the game.”

Stoops was very thankful of the support during his postgame press conference and he wishes his team had given them more on the field. He said it was great to see a full stadium and he hopes everyone will be back for Missouri.

We’ll be there. Hopefully the offense shows up, too.

20 Comments for Stoops: “We never really gave our fans a chance to get into the game”