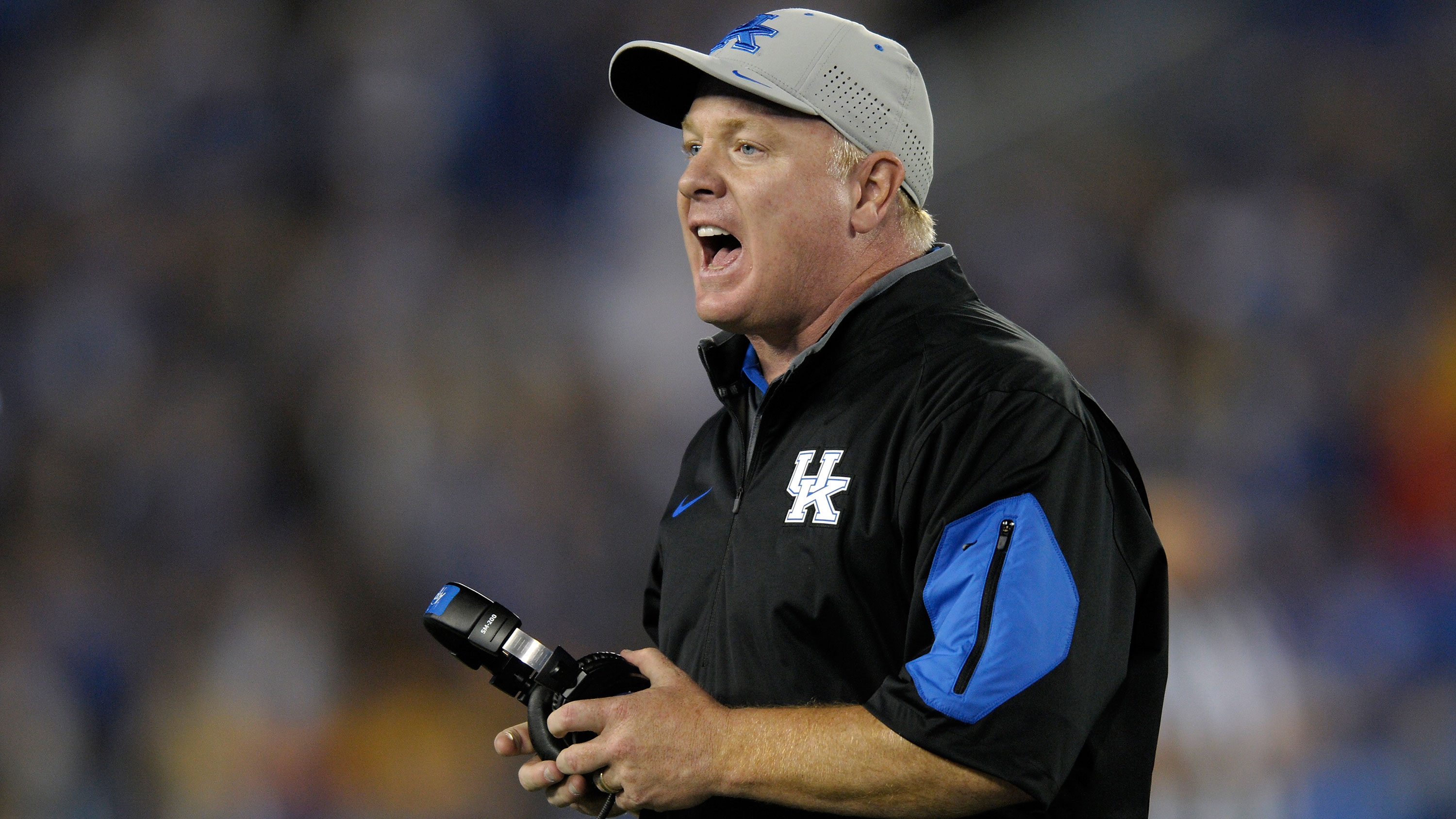 Mark Stoops called in from the road down in Florida for a brief Thursday morning interview with Kentucky Sports Radio radio. Obviously, the topic of discussion was his team’s huge upset of Louisville in Louisville on Saturday and what the upcoming bowl game means for the program.

One of the questions Stoops was asked during the call was whether or not he truly believed the season would end on such a positive note after starting 0-2 and then sending in his backup QB, down 10-0 to New Mexico State.

He credited his staff — which was working together for the first time, he noted — with “finding a way to win” and “reinventing” the team.