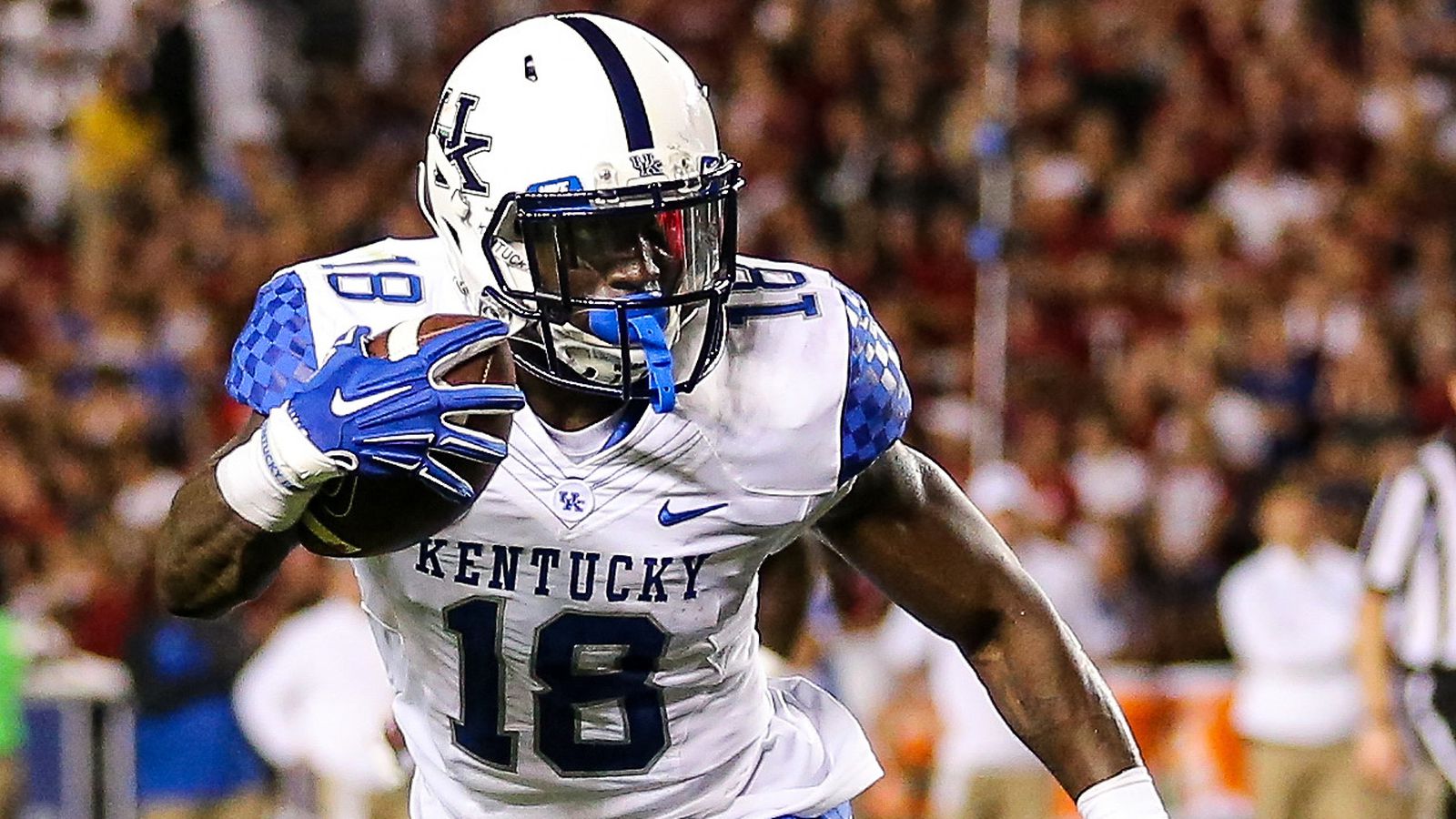 Boom Williams is the most dynamic player we’ve seen at Kentucky since another No. 18 used to fill up the highlight reel each and every week. Williams, currently the fifth-leading rusher in the SEC, has already wowed fans with several jaw-dropping moves and runs in the first three weeks of his sophomore campaign. I believe that South Carolina defender is still looking for him in the backfield after that spin move in Week 2.

Today, Mark Stoops was asked about his playmaker’s knack for making defenders miss. Stoops said those things are between Boom and God:

““He has been a really good player for us so far this year. At times last year as well, as you know. He is growing and growing and needs to continue to do that. He has been steady this year in his practice and his approach. He’s a talented football player. What makes him effective? It is hard to put my finger on it exactly, except he is extremely talented and explosive. And those things, you’ve heard me say it before, those things are between him and God, some of those moves. We can’t teach him those things. You have to have great instincts and he has shown that.”

Williams is averaging over eight yards per carry through three games. He’s been the one consistent piece in Kentucky’s inconsistent offense in 2015.

3 Comments for Stoops on Boom’s moves: “Those things are between him and God”