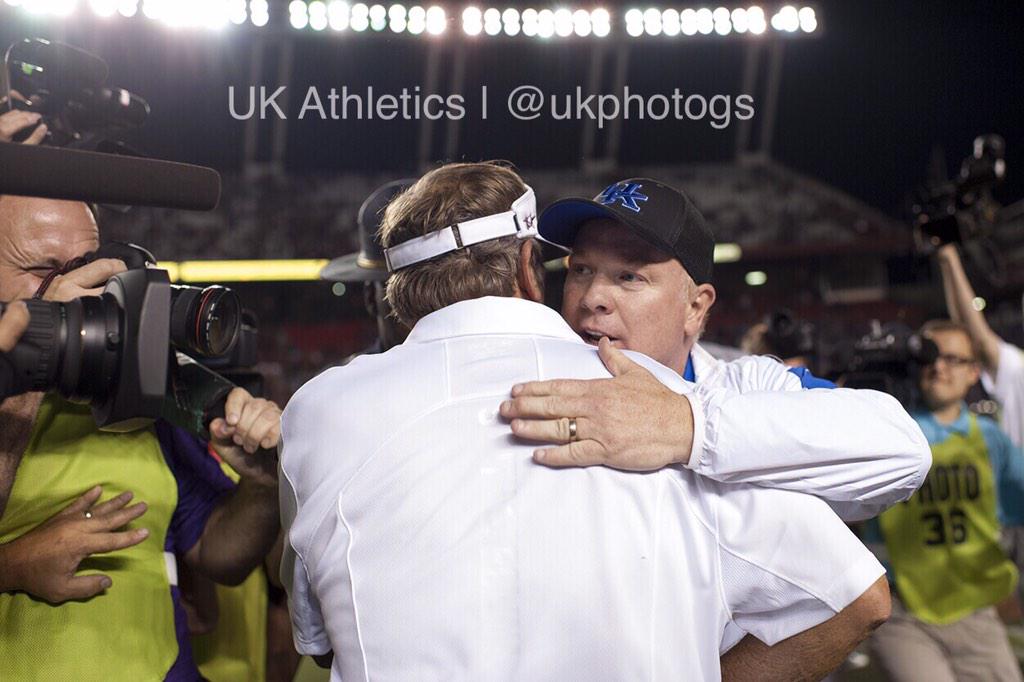 Mark Stoops was so proud of his football team, he could hardly catch his breath when speaking with the media, “I’m completely jacked up to get this win.”

Like last week, it wasn’t the most beautiful win.  Regardless, a win is a win,“Ya did what ya had to do,” Stoops said.  “We’ve got to be built to win close games.”

Stoops was proud of the way his team bounced back after handling adversity.  The first drive began with a critical interception, yet they played inspired in a hostile environment, responding with a touchdown.  They once again hit a 3rd quarter slump on offense.  His defense gave up some yards, but not touchdowns, only allowing one touchdown in five red zone appearances.  “Nothings going to be easy for us, and that’s the way you like it,” Stoops said.

He was proud of true freshman Chris Westry.  Westry had the big play in the end to get the ball out of South Carolina’s hands, “He made some big plays, but he honestly had a rough night.”  It’s understandable going up against one of the best in the SEC, but it’s a great learning experience for all.

“We’re certainly very far from a finished product, but I like where we are heading.”

13 Comments for Stoops: “It was a huge step in our program.”