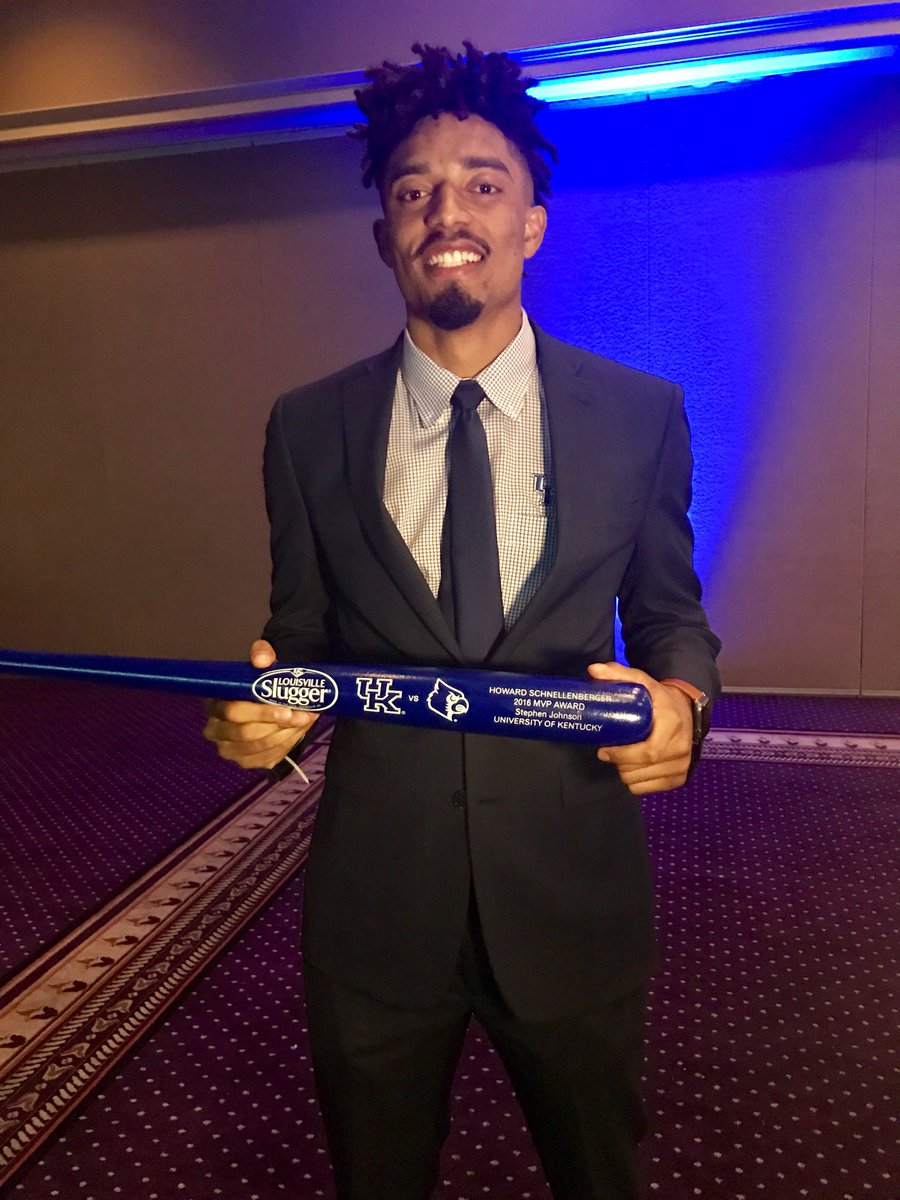 Tonight Stephen Johnson returned to the scene of the crime to receive the Howard Schnellenberger Award, given each year to the MVP of the Governor’s Cup.  Before he received the blue baseball bat, he posed with the former UK All-American and his position coach, Darin Hinshaw. 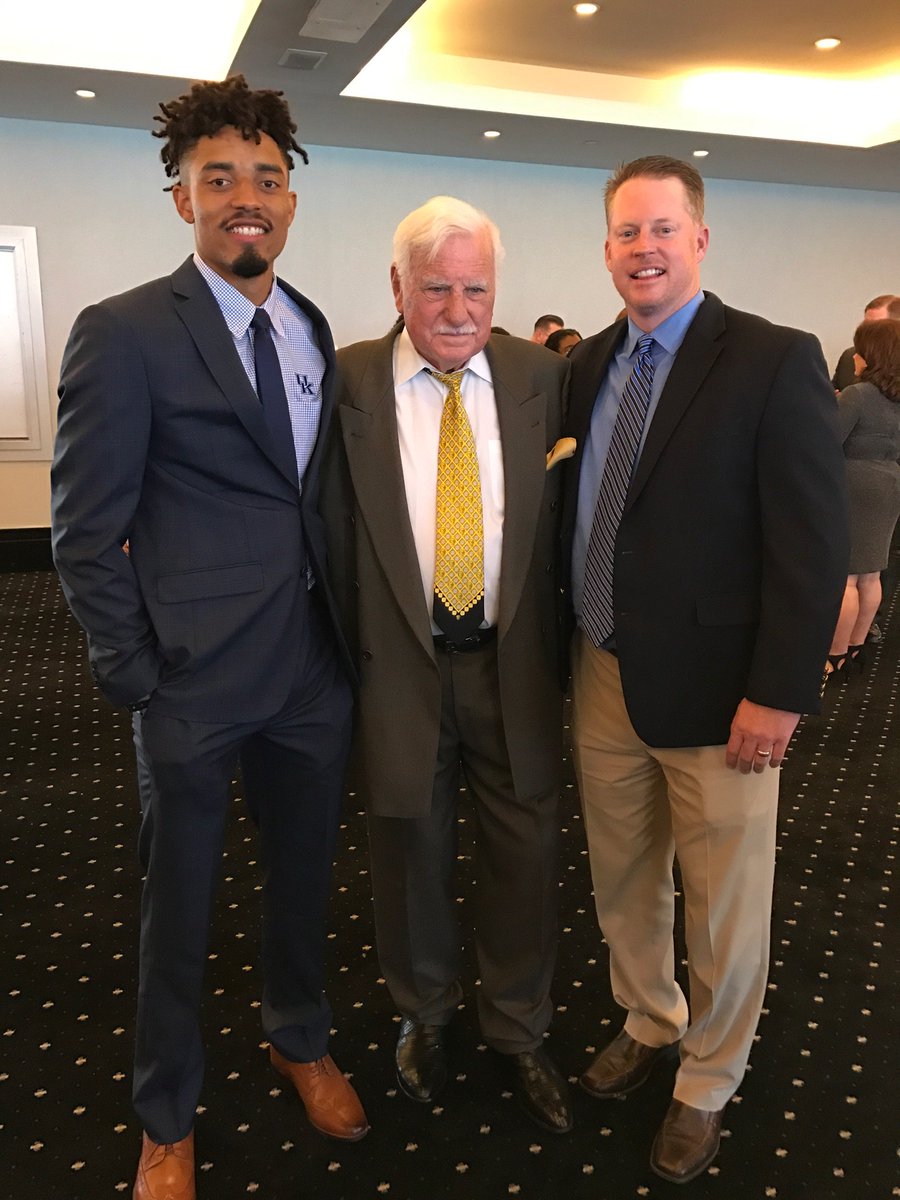 In case you forgot why Johnson was the Governor’s Cup MVP, the Kentucky quarterback threw for 338 yards and 3 touchdowns, completed 16 of 27 passes and rushed 8 times for 83 yards to defeat the Heisman Trophy winner.  Some of his best work:

Jim Harbaugh and Jabrill Peppers were also in attendance for the Paul Hornung Award presentation, but we all know who The Real MVP is.