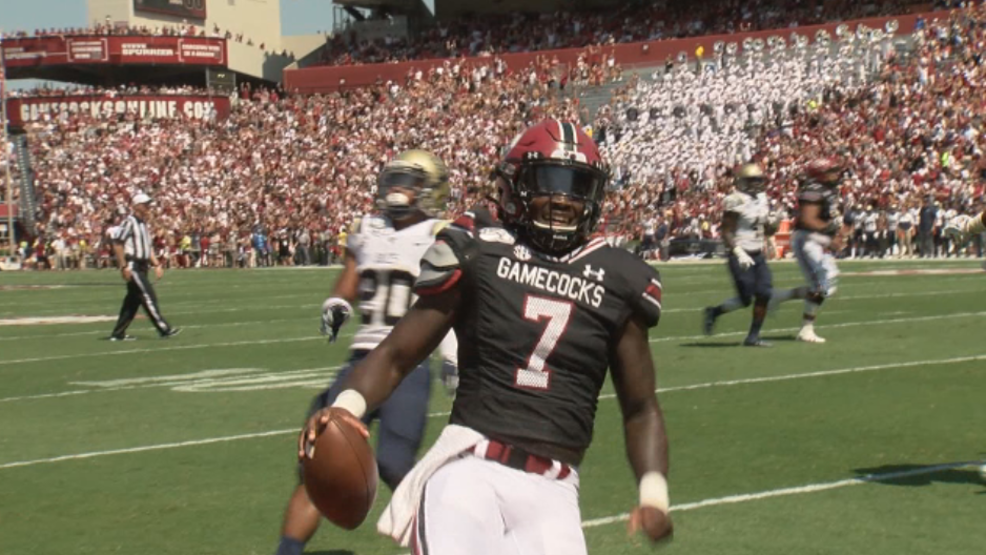 If Ryan Hilinski cannot play, the Gamecocks are in trouble.

Josh Kendall reports Dakereon Joyner has been ruled out of Saturday’s game against the Wildcats. The backup wildcat quarterback and wide receiver suffered a hamstring injury last week at Missouri.

The Gamecocks’ change of pace under center, Joyner has completed 7-of-12 passes for 89 yards, rushed 10 times for 49 yards and caught four passes for 29 yards this season. Without Joyner available, UK’s defense will not likely face a running threat at quarterback.

Joyner is the third South Carolina quarterback to suffer some degree of injury this season. Jake Bentley is out for the year with a foot injury. Hilinski is dealing with soreness in his elbow after taking a shot against Mizzou. If the pocket passer goes down against UK, Will Muschamp will turn to Jay Urich, another wide receiver/quarterback, who has completed just one pass for 14 yards in his two years at Carolina.

16 Comments for South Carolina’s Backup Quarterback is Unavailable vs. Kentucky