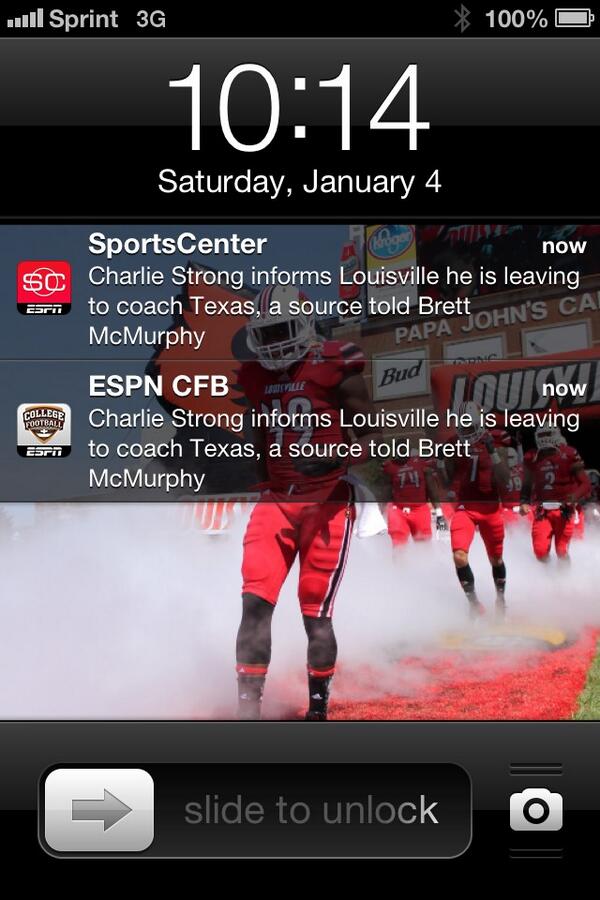 After 24 hours of pure drama, started by the “high ranking officials” from Texas, Charlie Strong has accepted the position as head coach at Texas (according to ESPN). A source says that Strong informed Louisville AD Tom Jurich in a meeting last night at Strong’s home that lasted no more than an hour. Now Cardinal fans get to endure what Kentucky fans went through last year, which is the next phase of drama– the coaching search. Get ready to hear names you never thought you’d here, names that are completely out of Louisville’s league, and Bobby Petrino.