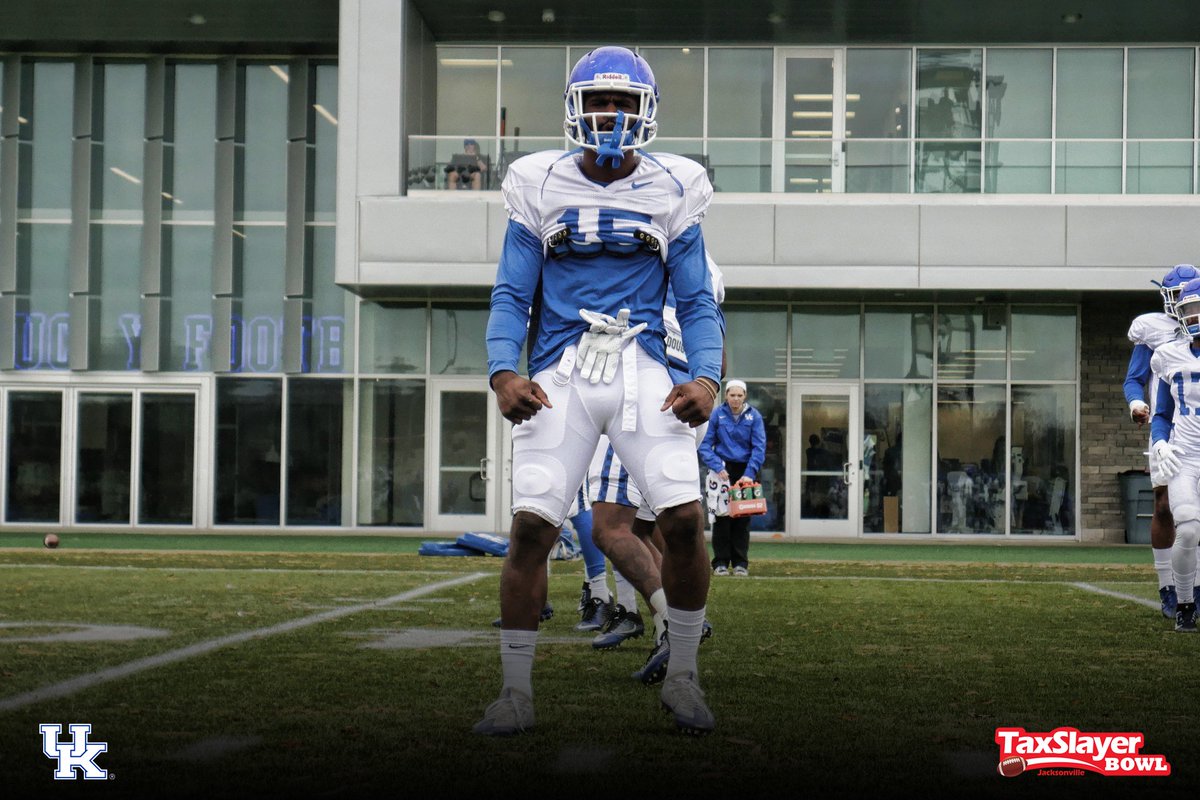 The team experienced the cold weather before their trip to the Sunshine State, via @UKStoopsTroops.

We often hear about the power Stoops has on recruits when they hear he coached the defensive backs at The U.  Today D.J. Eliot flexed his guns from Florida State.  Former ACC Defensive Player of the Year and All-American defensive end Bjoern Werner shared his story with the team.  Born in Germany, Werner only played two years of football before joining Eliot and Stoops at Florida State.

Much has been said about Georgia Tech’s flex-bone offense, but what about their defense?  Eddie Gran compared them to a familiar foe.

“They’re a lot like Vanderbilt in terms of just schematically, they know their gaps, they’re athletic,” Gran said.  “They’re not as big as some of the teams, but they’re athletic and their linebackers run down hill. Their two safeties tackle really well.  They do a good job.”

They’ll Be Home for Christmas

“If only in their dreams.”  Just kidding; I can’t get Christmas music out of my head.

After practicing tomorrow the players will get a few days off to celebrate with their families before departing for Jacksonville on Christmas day.  Things won’t change for the players too much. “We’re going to open presents at my house a little earlier.  I guess my brother’s going to be a little mad about that,” C.J. Conrad said.

A Buzz Around Campus

Before campus was abandoned following finals, it was filled with excitement for the football team.  The win over Louisville injected an energy Juice could feel as soon as he returned to class.  There wasn’t a standing ovation or anything, but he could tell a difference.  Things immediately changed for Stephen Johnson.  “I’ve been taking a lot more pictures lately.”

This bullet point is my Christmas gift to Freddie Maggard.  Freddie will miss UK’s All-SEC center, but Stephen Johnson is going to miss him more.

“He’s really the quarterback out there,” said quarterback Stephen Johnson.  “He’s calling most of the shots.  I might say a protection, and he’ll change it knowing the defense is going to slide the other way.  Having him out there and his intelligence, we’ll miss him a whole lot.”

The Key to a Victory?

Just get a stop.  You don’t need a bunch.  Just one can do it, D.J. Eliot said.  “These guys, they know how to get first downs.  That’s the key, is being able to prevent them from getting first downs.”

Hear more from Eliot, Denzil Ware and Courtney Love after the jump.