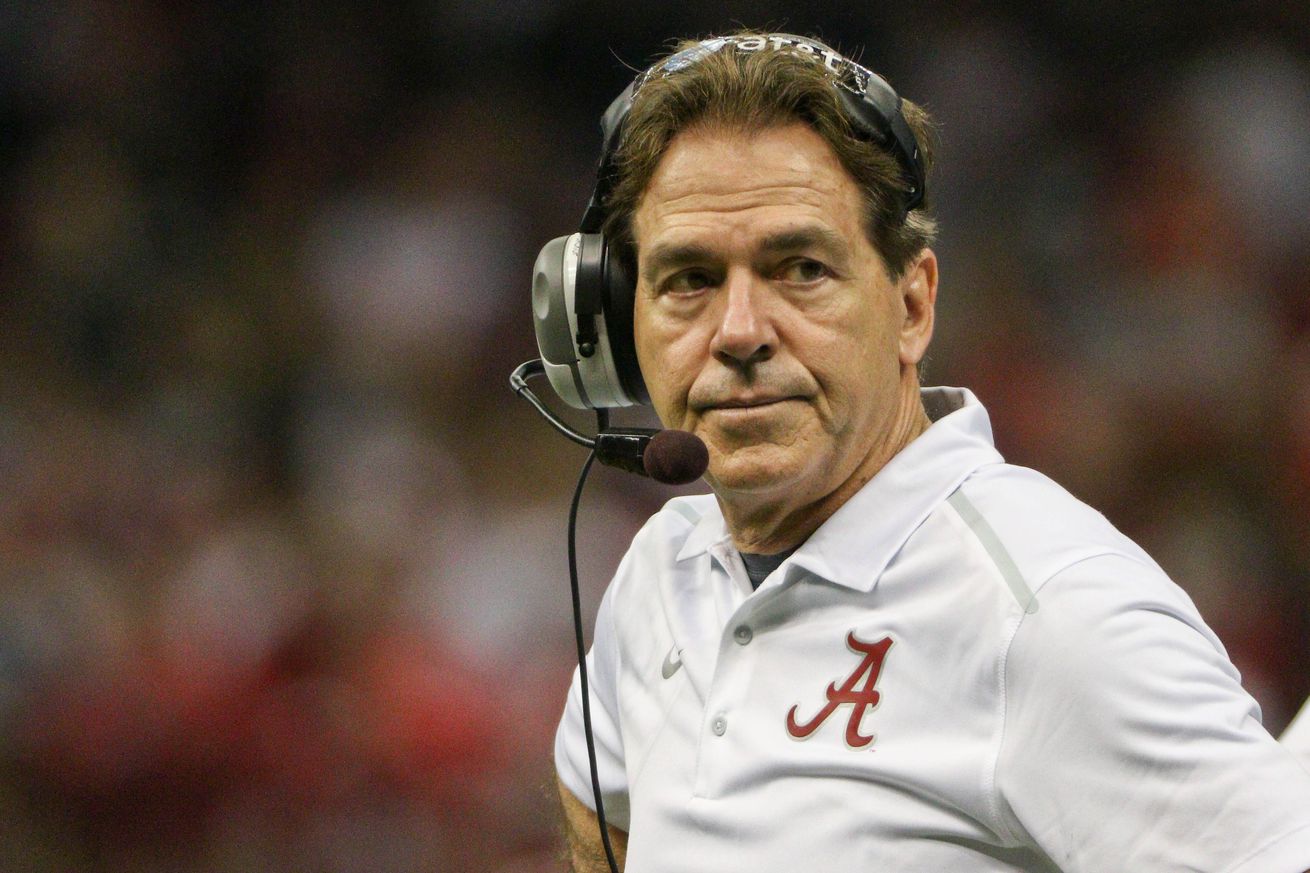 Since the battle for Matt Elam, Alabama and Kentucky have been competing on the recruiting trail.  On October’s first Saturday, the two will matchup on the football field. Kentucky will be the preeminent underdog. Loaded with NFL talent, Alabama has two key positions that will be filled by unproven players; running back and quarterback. Can Nick Saban plug and play while not missing a beat? Is that part of the “Process”?

“We’re really, really proud of what we’ve been able to do to create a very positive history of academic success with our players in terms of — I think our graduation rate is well over 80 percent for several years now. One of the tops in the country, one of the leaders in the conference. Also a number of graduates that participate in playoff and bowl games and championship games. Last year we had 29. Three guys who already had master’s degrees, guys out there playing against Clemson that already had their degrees. I think we’ve been the leader in that regard for the past three years as well.”

“We obviously had some challenges. For the third year in a row, I’m standing up here talking about somebody’s going to be a new quarterback for us. Somebody’s got to win that job. Somebody’s got to win the team. You know, that has not necessarily happened yet and, you know, I’m not going to sit up here and sort of try to, you know — I don’t know the right word, but give you some statistics on who’s winning the race and how the race is going and who’s ahead, are they on the back stretch or in the final turn. That’s something that’s going to happen probably in fall camp. I hope in fall camp.”

“And so I think it’s a combination of both, being able to recruit guys that have the critical factors, whether it’s size, initial quickness, power, strength, pass rushability, moving your hands and feet at the same time, whatever those critical factors are that you look for in that position, and then does that person have sort of the right intangible characteristics to develop that talent into a skill that can be developed, then, into some productive achievement on the field.”

Saban’s remarks about graduation rates and the fact that three Tide players completed their master’s degree before the national championship game were calculated statements directed towards recruits. Alabama doesn’t need the SEC Media Day’s podium in order to sign elite recruits, but Saban’s messaging was consistent.

Much like several SEC programs, Alabama has not identified its starting quarterback. He even went as far as saying he “hoped” to settle on a starter during fall camp. This tells me the competition is wide-open and from watching its spring game, none of the four candidates separated themselves from the pack. For the first time in the Saban era, Alabama will not return its number one or two leading rusher. Damien Harris and Bo Scarbrough along with plenty of five-star rookies will be vying for carries.

So far, every coach has been asked a defensive lineman development question. This morning was no different. Speaking in terms of Kentucky, DL is the hardest position to recruit to in college football and separates the average teams from the good ones. Alabama starts its DL development process by evaluation in recruiting followed by in-depth positional coaching. Last season Alabama’s front seven was fourteen deep with constant rotation. In the SEC, defensive line talent and development are paramount.

In dominating fashion, Alabama finished 2015 ranked 1st in Total Defense by only allowing 15.1 points and 276.3 yards per game.

— WR Calvin Ridley: 89 receptions, 1045 yards, and 7 touchdowns. Ridley is next in the long line of elite Alabama receivers. The next receiver in a long line of greats, with question marks at quarterback Ridley will play a key role in the Tide offense.

On QB Competition: “I think every quarterback is doing great right now. They’re running the plays. They’re being great leaders. There’s not one guy that stands out more than the other, but right now we’re not doing as much.”

Complacency after winning title: “The biggest thing at Alabama is that if you don’t have hunger then you’re not going to start this year. Coach Saban is not going to do anything that is a detriment to the team so you have to come with intensity every day and prove why you deserve to play. So I really haven’t seen any complacency so far this year.”

Monumental task to say the least. With road trips to Ole Miss, Tennessee, and LSU; Alabama’s schedule is absolutely brutal.  Kentucky will have to play its best game of the season to earn a W in Tuscaloosa.