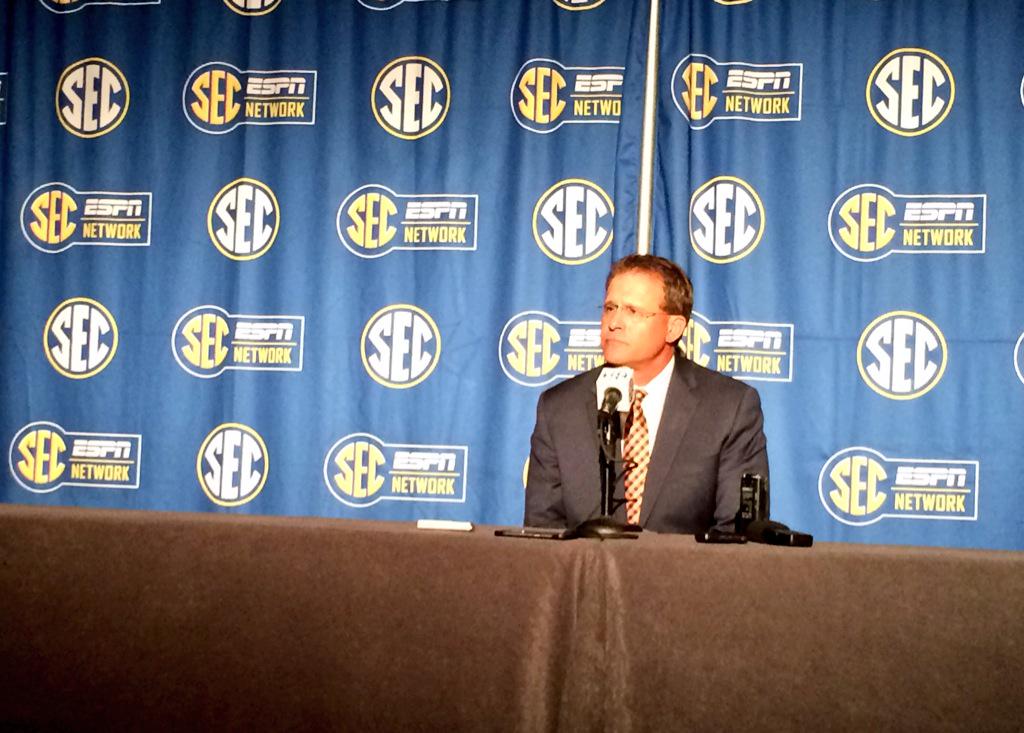 Coach speak: As expected, Gus Malzahn played his cards close to the vest.  His posturing means that he has a playoff contender.

Team strengths: Just like all other Gus Malzahn led offenses, this year’s Auburn team will score lots of points. Offensive skill positions are the team’s obvious strength. On defense, its front seven is formidable with elite linebackers.

Weaknesses: Auburn’s 2014 defense was putrid. Exit Defensive Coordinator Ellis Johnson enter former Bull Gator Will Muschamp. Last season, the Tigers surrendered 30 plus points in five separate SEC contests. On the Plains, that’s historically bad. This year, its front seven will be good, but the back four is questionable.  This will make the defense susceptible vs. the pass. On offense, replacing long-time starting center Reece Dismukes will be a challenge.

How UK can lose: Big play Auburn scores can doom the Cats. Duke Williams has the ability to expose UK’s smaller cornerbacks.  Williams is a big, physical receiver which recently has been Kentucky’s Achilles Heel. From the spread, the Tigers are a uniquely physical run team. Yet another Wildcat liability. If the Tigers have a 100 yard rusher, game over.

How UK can win: Play a squeaky clean game with no turnovers or pointless personal fouls.  Most likely the UK’s offense will be called on to match touchdowns. I see this as a track meet.  First team that folds serve will lose. Kentucky will need to score early and often to push the decision deep into the fourth quarter.