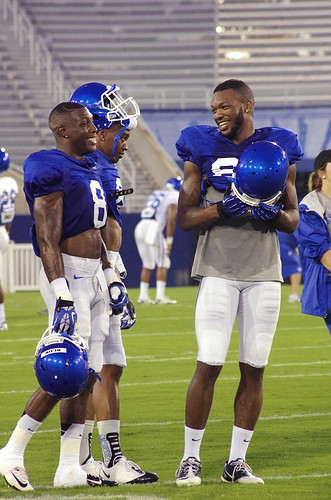 Nick mentioned this in his recap from practice but it deserves its own post, because it’s bad. Mark Stoops announced today that wide receiver Rashad Cunningham is academically ineligible for the upcoming season. After being one of the surprises of the spring, Cunningham couldn’t make the grade and will sit out all of 2013.

In a position that was already too thin, UK loses a guy expected to contribute, opening the door for more playing time from the incoming crop of receivers.