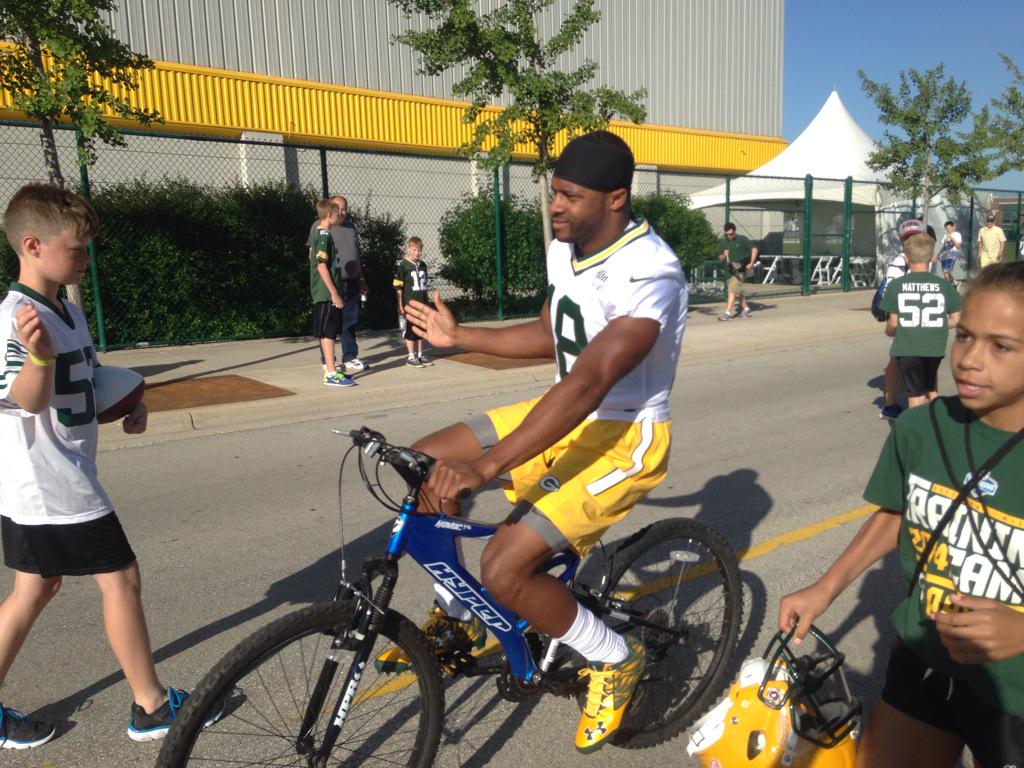 NFL players across the country are reporting to training camp, and this morning, Randall Cobb reported for the Green Bay Packers. According to Packers reporters, Cobb is returning punts alongside fellow former Cat Javess Blue, a nice UK football family moment.

The first preseason game is next Sunday, which means it’s almost time to start worrying about your fantasy football team. If you’re smart, you’ll prioritize Randall Cobb, or if you’re in a keeper league like this blogger, you’re even smarter and picked him up in the late rounds his rookie season and still have him. As the best slot receiver in the league, Cobb’s a hot commodity in fantasy leagues, which is why it makes total sense that he now co-stars in a new fantasy football commercial for NFL.com alongside Eddie Lacy:

1 Comment for Randall Cobb’s in a NFL.com Fantasy Football commercial