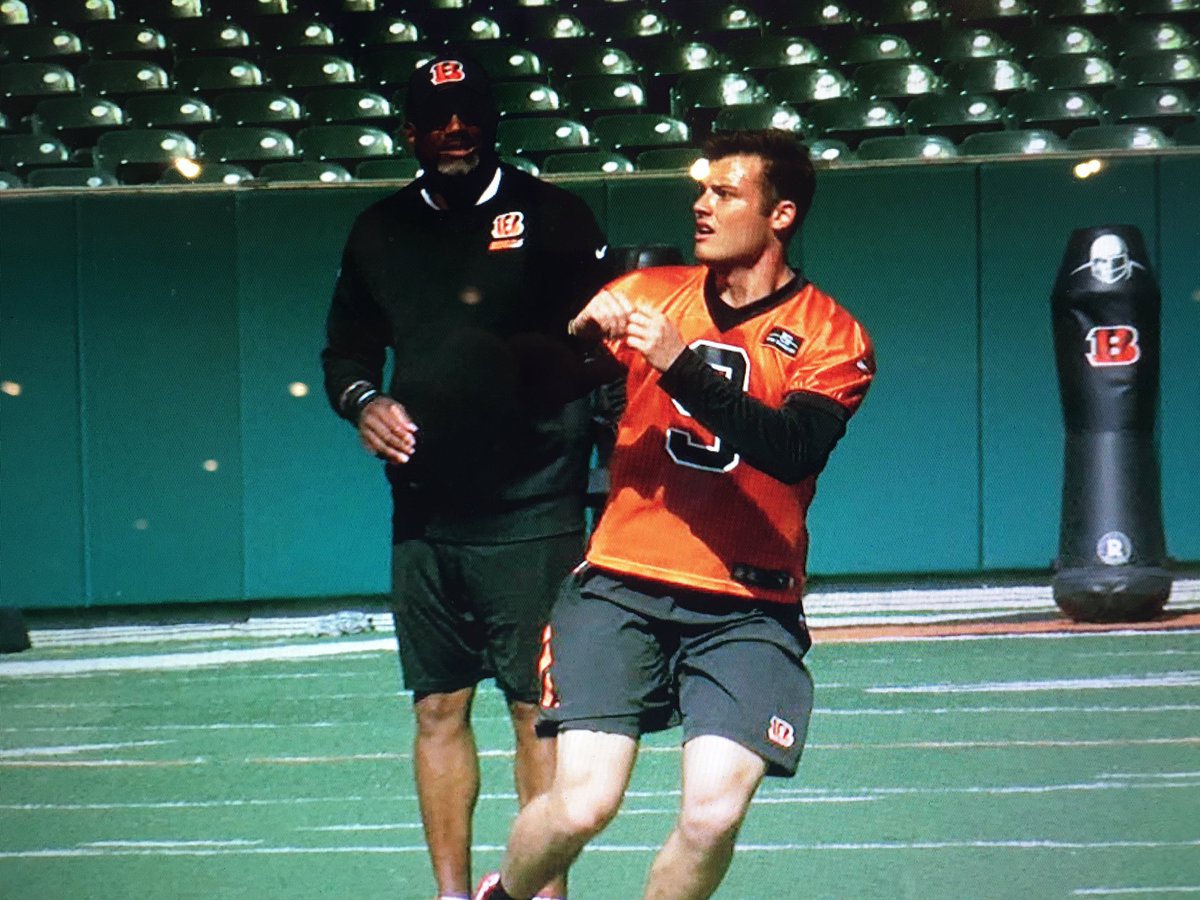 Today is local prospects workout day for the Cincinnati Bengals and a familiar name participated, albeit in an unfamiliar role. According to WCPO’s Keenan Singleton, former Kentucky quarterback Patrick Towles participated in tight end drills today at the Bengals workout and said he’s willing to switch positions to make it in the NFL.

Of course, Towles played quarterback at Kentucky for four years before graduating and transferring to Boston College for his fifth year of eligibility. Last season, he started for the Eagles, putting up 1,730 yards and 12 touchdowns. Right now, he’s ranked as the 25th best QB in the NFL Draft in CBS’ prospect rankings. With the draft coming up next weekend, Patrick’s back in the Bluegrass to train, and returned to his old stomping grounds on Friday night to check out the Spring Game:

According to the Courier-Journal’s Jon Hale, Towles visited his former teammates after the game at the football training facility and it was a happy reunion. Once a Wildcat, always a Wildcat.

We’ll be cheering for you next week, Patrick.