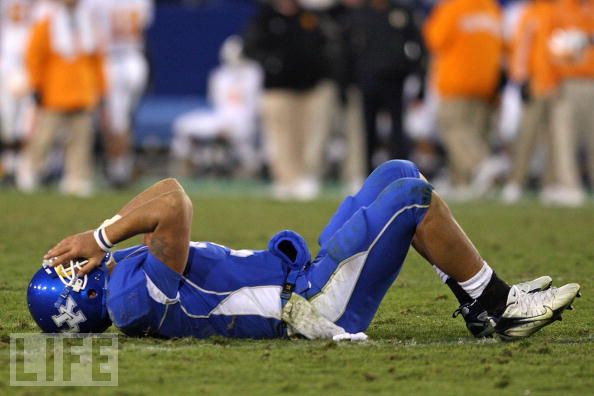 The SEC Network is currently airing the 2007 clash between Kentucky and Tennessee in Commonwealth Stadium. The four-OT classic featured some of your UK favorites like Andre Woodson, Rafael Little, Jacob Tamme, Stevie Johnson, Dicky Lyons and Keenan Burton, plus UT villains Erik Ainge and Arian Foster.

After making a big comeback in the second half, Kentucky lost on a failed two-point conversion try to force a fifth overtime, one of those sports moments I will never forget. The Cats were sooooo close.

Tune in now for the flashback, unless you’re, like, working or something.

17 Comments for On SEC Network Now: Kentucky vs. Tennessee, 2007