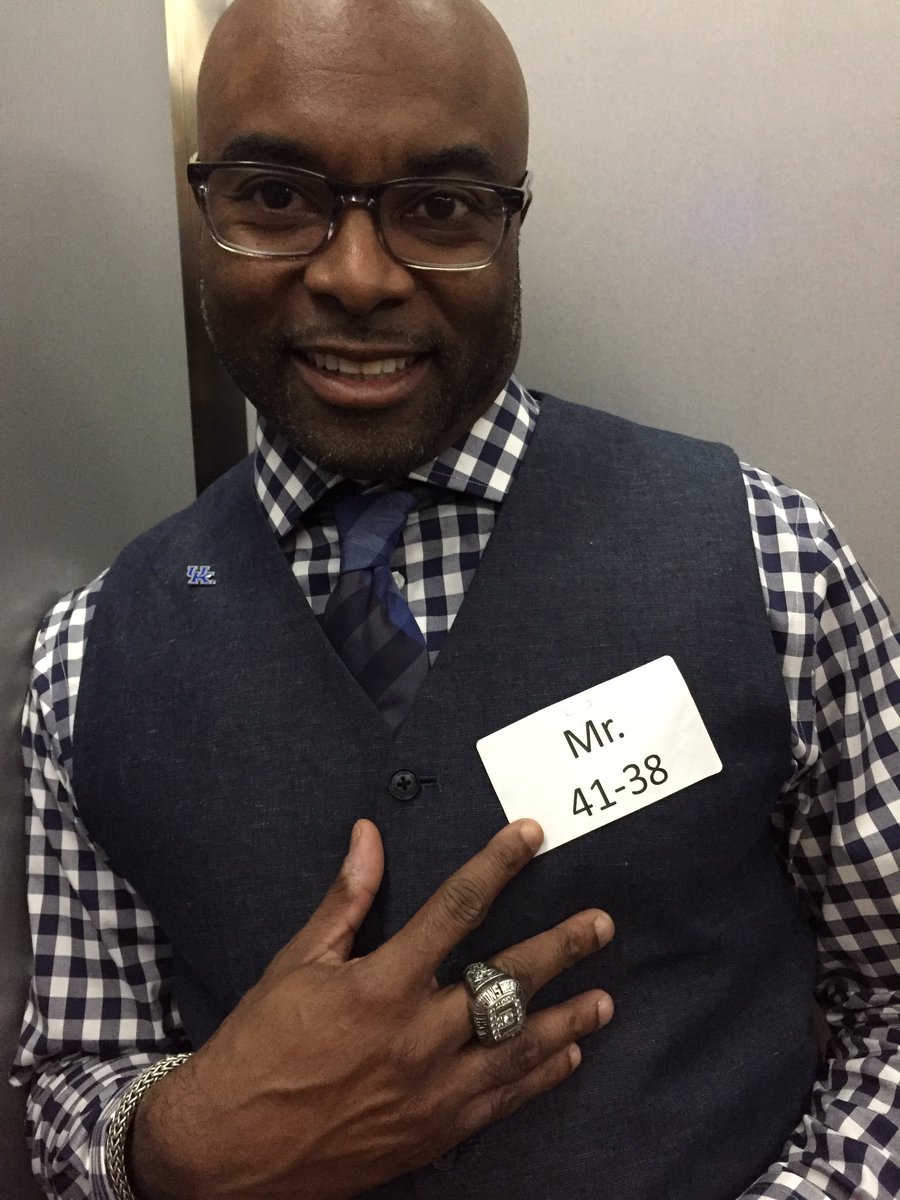 On the afternoon of National Signing Day you see a variety of emotions from football coaches, from tired and relieved to ecstatic.  We saw the latter today from the Kentucky football coaches, none more so than Lamar Thomas.

Kentucky’s wide receivers coach was dapper, as usual, but he had an extra pep in his step.  Known as a trash-talker, Thomas is actually quite the opposite in most interviews, speaking softly with reservations.  That was not the case today after five new players signed on the dotted line to join his meeting room.

The best of the bunch is the best overall recruit in the 2017 class.  Lynn Bowden will spend time at slot receiver.  Throughout the day, we’ve heard his name pronounced two ways:

The UK Athletics official bio uses the second pronunciation, but I prefer the first.  Not trying to mispronounce his new star player’s last name, LT compromised.

“Lynn brings A LOT and we’re excited about Mr. Lynn.  I don’t want to mispronounce his last name.  I don’t know if it’s Bou-den or BÅ-den.  Whatever it is, it equals excitement.  Maybe I should just call him Mr. Excitement.”

It was the first of many statements that got his audience laughing, sharing a sly smile with each deadpan delivery.

“I can’t wait, I can’t wait to see all five of those kids.  I just really believe it’s going to make our group better.  You’ll see even more improvements than you saw last year,” Thomas said. “There’s a lot of slots, a lot of outside guys.  Hell, we may have to go five-wide.  Then Benny (Snell) gets mad.”  We chuckled again.  “We got a lot of talent.  That’s a good thing.  It’s a great problem to have.”

LT wasn’t finished.  He could not contain his happiness, comparing it to the most wonderful time of the year.

“It was like Christmas this morning.  It really was.  It felt like I was 12 years old back in Ocala, Florida.  Presents were open and I was happy.  Now I get to have a couple of those toys for spring and right before the season starts, I get to open a few more.  It’s a great day.”

See more from Thomas after the jump.

6 Comments for On Lamar Thomas’ Christmas, He Gives Lynn Bowden a Nickname