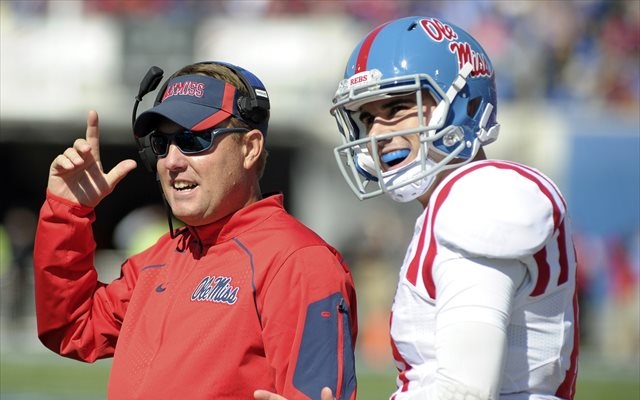 After receiving its amended Notice of Allegations in its football case, the Ole Miss program is self-imposing a one-year postseason ban for the upcoming 2017 season.

Multiple reports on the interwebs say the Rebels have been hit with the Lack of Institutional Control, which isn’t a good look.

USA Today’s Dan Wolken says NCAA is going in for the kill:

NCAA going in for the kill on Ole Miss. Lots of new allegations. Head coach control and lack of institutional control charged.

Ole Miss travels to Lexington this fall and your boy Hugh Freeze is in trouble.