Each year college football experiences a handful of rule changes.  Some dramatically change who will be on the field, like the new redshirt rule, while others are small cosmetic changes.

Last year, the headline grabber was the emergence of the Get-Back Coach.  Without a graduate assistant holding onto the head coach’s belt buckle, a 15-yard penalty would be issued when a head coach entered the playing field.  As the 2017 college football season unfolded, the flags rarely flew.

This year officials are taking pettiness to a new level.  Players can now be removed from the game for one play if their kneepads do not cover their knees.

“I really want our officials worried more about offensive and defensive pass interference in working the game, but one of the rules says now that the kneepads and the pants must cover the knee,” SEC head official Steve Shaw said at SEC Media Days.

It’s similar to when a player loses a helmet.  They must sit out a play, or the coach must burn a timeout to keep them in the game.  It’s silly, but I guess that’s why they’re called kneepads.

By rule, Georgia’s Terry Godwin would have to miss a play. 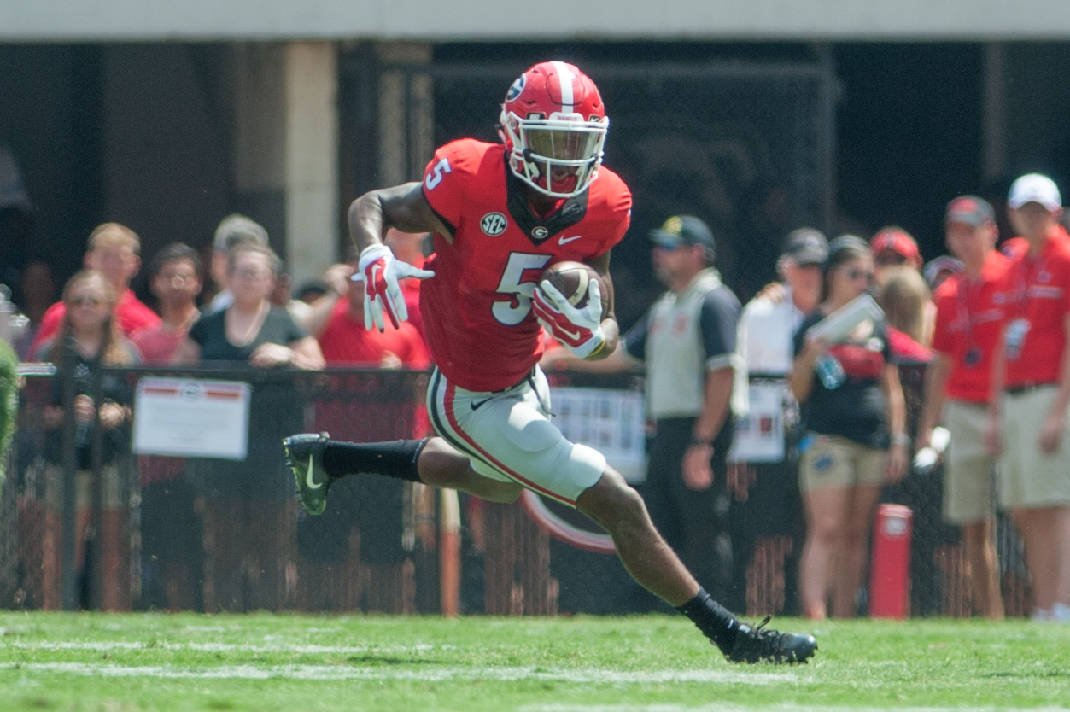 The new kickoff rule might be the biggest change.  If a player calls for a fair catch on a kickoff inside the 25-yard line, his team will start the ensuing drive on the 25.  The rule removes the coffin corner strategy on kickoffs, taking another step to minimize special teams in an effort to increase player safety.

The rest of the rule changes all revolve around blocking.  There are many different degrees, but I won’t bore you with them all.  The big two:

The biggest rule change will not determine what is actually happening on the field, rather who will be on it.  Players can now play up to four games without burning a  redshirt and losing a year of eligibility.  Mark Stoops is commented on the matter a few times already, but here’s what he had to say at the podium in the Main Room yesterday.

“I think again it will be, in a way, like the way it was done before on an individual basis. Some guys may be ready to play right away and you’re going to use them for the full year. Some guys maybe aren’t ready. And by the end of the year, you have some injuries and you need to plug them in, so it will be on an individual basis, but I am excited about that opportunity. I think it’s a great rule for the players.”

It will be a new advantage for young players, but only if their knees are covered in pads.