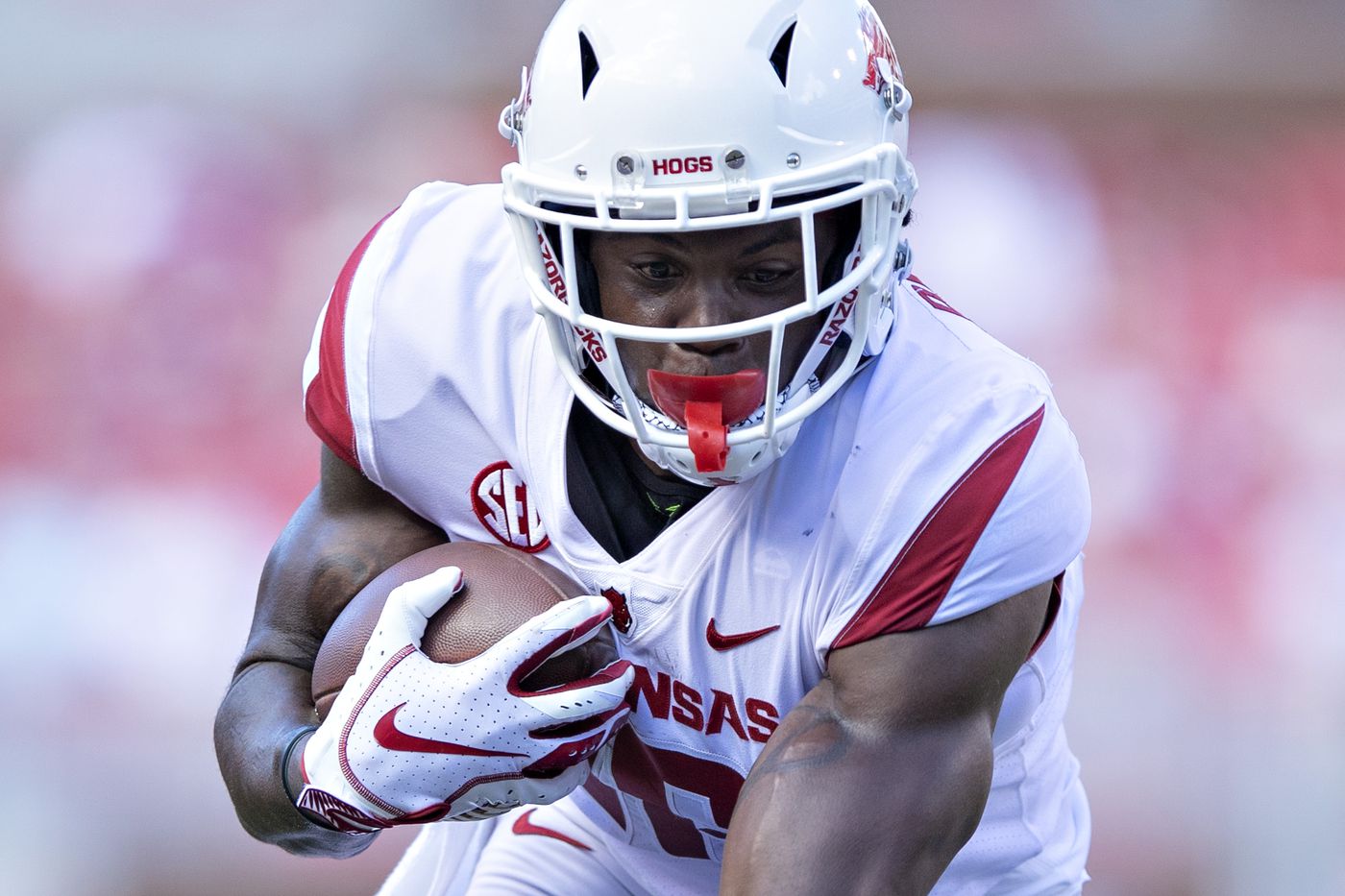 A talented wide receiver with a close Kentucky connection has entered the fluctuating transfer market.

Last night La’Michael Pettway announced he is leaving the Arkansas football program.  A 6’2″ 220-pound wide receiver, in 2018 Pettway caught four touchdown passes and led the Razorbacks in receiving yards (499) and receptions (30).  Pettway plans to graduate, giving him immediate eligibility for the 2019 season.

As Kentucky searches for more options at wide receiver, Michael Smith could turn to one of his former players.  The UK wide receivers coach was Pettway’s lead recruiter when he was a four-star prospect out of Nashville High School in Arkansas.

Kentucky is searching for wide receivers and defensive backs to fill out its class in the February National Signing Day.  If the Cats cannot convince Devonta Lee to leave Louisiana, Pettway could be UK’s next best option for an impact wide receiver in 2019.

In other college football transfer news, Jalen Hurts will be an Oklahoma Sooner. Meanwhile, Oklahoma is blocking Austin Kendall’s transfer to West Virginia.  I think it’s now safe to say if Neal Brown never left Kentucky, Kendall would be a Wildcat.  Another quarterback is on the move, Florida State’s James Blackman. The other high-profile quarterback on the move to Florida, Miami’s Tate Martell, could potentially push Jarren Williams out the door.  Prepare for part six of that epic saga to unfold in the coming weeks.