As coronavirus cases rise across the country, athletic directors’ optimism is waning for an on-time start to the college football season.

“Everyone is pessimistic,” one Power Five administrator told 247 Sports‘ Brandon Marcello earlier this week. After conversations with a few officials, Marcello expected the big leagues to make decisions on the season’s start time in late July or early August.

This morning Stadium’s Brett McMurphy unveiled the results from a poll he conducted with athletic directors from 115 of 130 FBS programs. Nearly three-fourths of all participants believe the season will not start as scheduled. Only 22% of Power Five ADs believe the season will start on time and almost half believe only conference games will be played this year. 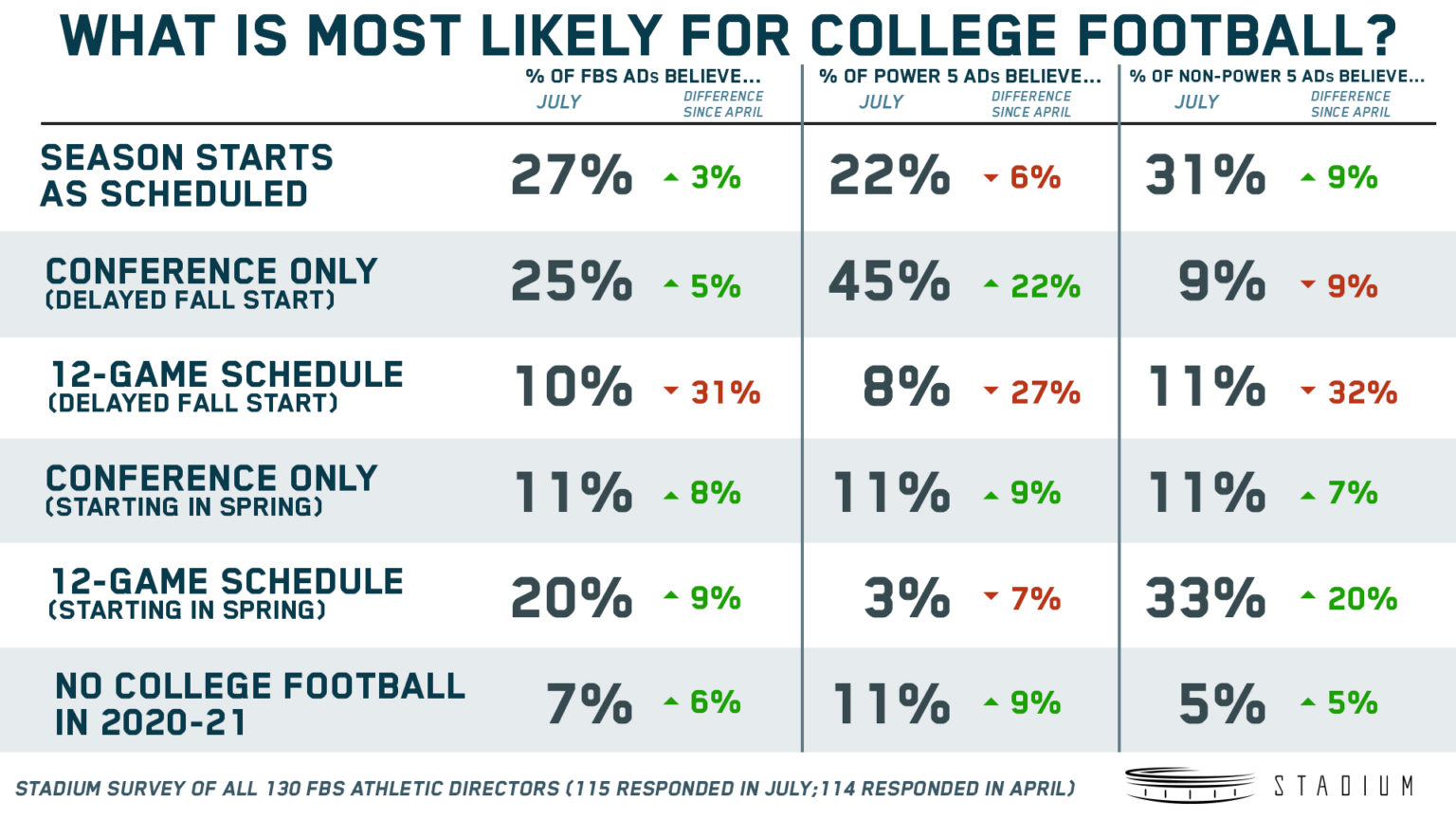 The results of this poll are even more intriguing when you compare it to the one he conducted in April with 114 athletic directors. At that time only one AD believed there would not be a 2020-21 college football season. That number grew to eight in three months.

“I am worried about playing a season and hope we are not selling our soul just to play a season,” a Power Five AD said. “I truly believe we will have games canceled.”

Read all of the results and various options that athletic directors are exploring at Stadium.com.