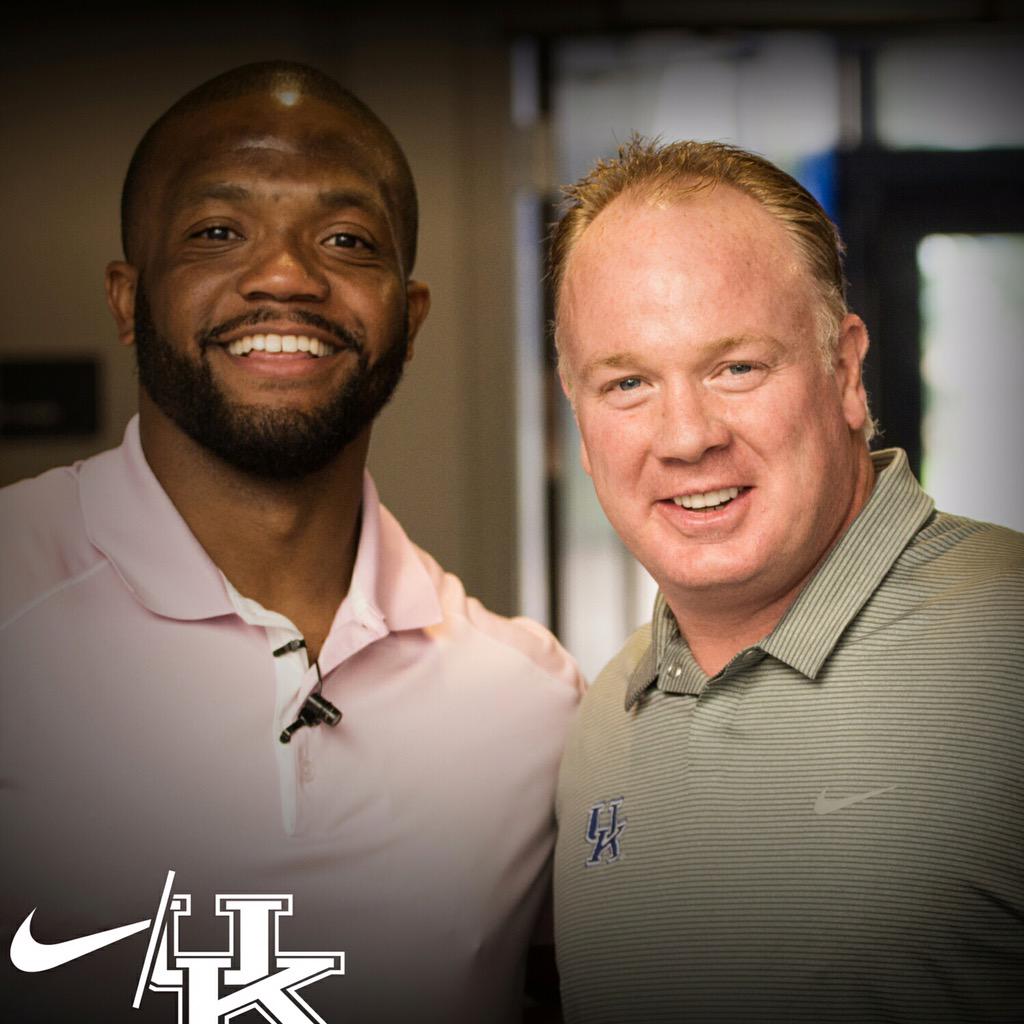 As Drew told you earlier, this evening, the football team was treated to a visit from former Ohio State running back Maurice Clarett. Clarett was dismissed from Ohio State his sophomore season and faced a long list of trials and tribulations as he attempted to make it in the NFL.

Now, he’s a motivational speaker, and spent tonight using his own story to educate the UK football team. Based on the pictures that went out on social media, he was a hit.

Ohio boys after hearing @ReeseClarett13 tell his story. Strong words from a guy that is from the great state of â­•ï¸â€¼ï¸ pic.twitter.com/4DuGusZ08N

It was good hearing from Maurice Clarett today. Gained a new respect for that man. The RealðŸ’¯

Hearing and meeting Maurice Claurette today really showed me something. He's as real as it gets