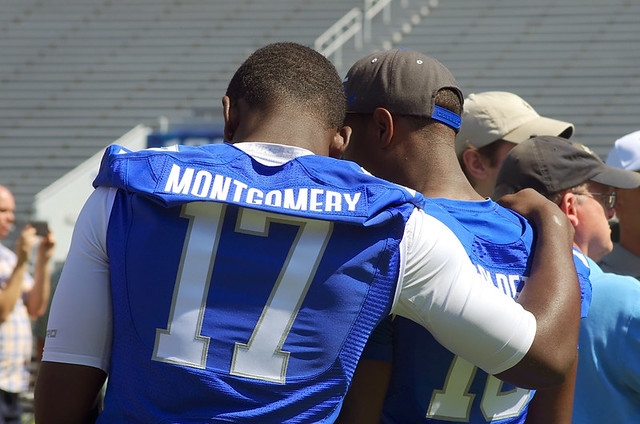 Mark Stoops delivered some news regarding the receiving corps at his luncheon today. Two of his projected starters, sophomores Alexander Montgomery and Jeff Badet, are still recovering from injury entering Monday’s camp.

Montgomery, who caught two touchdown passes last season, will not be ready to go on Monday. He’s still easing back from a torn ACL, an injury he suffered while celebrating a touchdown in the eighth game of the 2013 season.

Badet will practice but he will be limited until later in the fall. The third-leading receiver from a year ago broke his leg in spring practice.

This is an opportunity for the new guys to take advantage of the extra reps with the first team.

10 Comments for Montgomery not quite ready; Badet will be limited